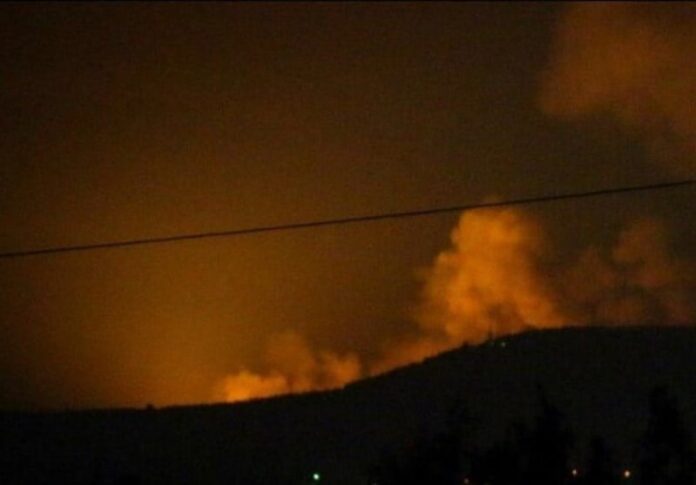 An informed source denied reports about a missile attack on an Iranian “military base” in Syria and deaths of Iranian military advisers in the Arab country.

After Syria announced that several of its military bases located in the provinces of Hama and Aleppo had come under missile fire, reports by some media outlets suggested that the missile attack had targeted what they called Iranian military bases and that Iranians were killed as a result.

However, an informed source, speaking to Tasnim on Monday, denied such reports.

Earlier, the commander of the Fatemiyoun Corps, an all-Afghan unit involved in the fight against Takfiri terrorist groups in Syria, also denied reports of a missile attack on the corps’ base near Aleppo.

The Syrian army said on Sunday that rockets had struck several military bases in the Hama and Aleppo countryside. In a news flash, state television said the missile attacks took place at 10:30 p.m.

“Syria is being exposed to a new aggression with some military bases in rural Hama and Aleppo hit with enemy rockets,” an army source was quoted as saying without elaborating.

Meanwhile, The Times of Israel said the blasts occurred in a base belonging to the Syrian army’s 47th Brigade that is allegedly used by Iran-backed fighters.

The report said the facility was used as an arms depot, which accounted for the size and intensity of the blast that could be seen from kilometers away and reportedly registered on seismographs in the area.

In another report, Reuters quoted an unnamed intelligence source as saying that it appeared that multiple missile strikes hit several command centers for Iranian-backed forces and there were dozens of injuries and deaths.

Syria has been gripped by civil war since March 2011 with various terrorist groups currently controlling parts of it.