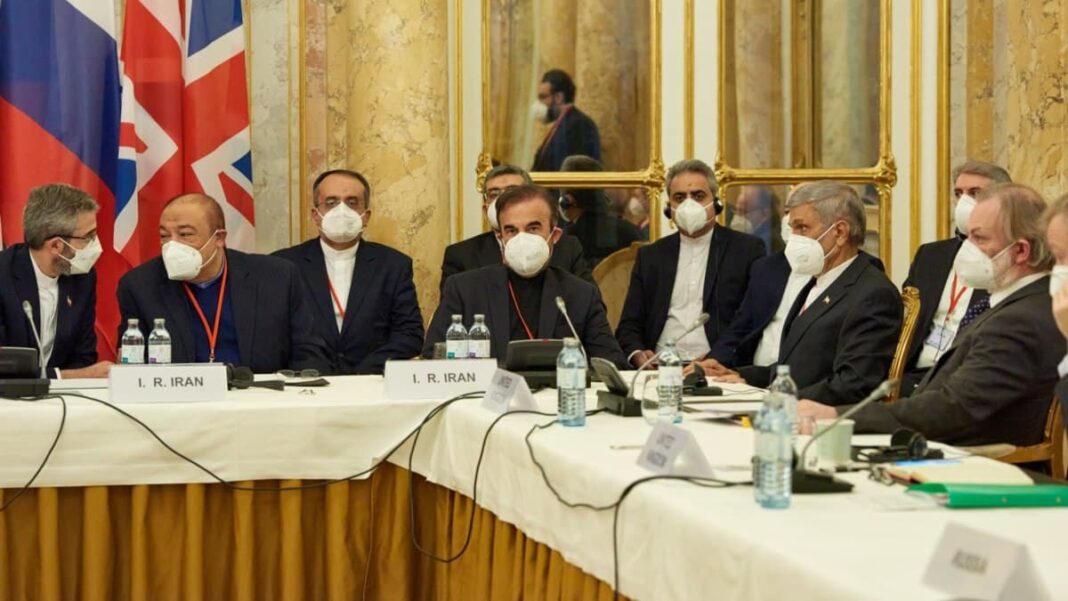 An informed source has said that diplomats in Vienna have bridged many of their differences in the sanctions removal negotiations and that delegations of Iran and the P4+1 group are now discussing how to implement and sequence a possible agreement.

“At the moment, we are at a stage of the negotiation where we are discussing tough issues and how we can translate the issues agreed upon in principle into words and into the documents,” the source, who spoke on condition of anonymity, told the Islamic Republic News Agency (IRNA) on Friday evening.

He noted that many of the gaps regarding sanctions and nuclear issues have been filled, and that the parties are currently increasingly working on how to implement and sequence their commitments.

Regarding sequencing, he explained that this is a matter of steps that Iran and the United States must take to fully implement the 2015 agreement and that these actions need to be verified.

“This is one of the most tedious, long and difficult parts of the negotiations, but it is absolutely essential to achieving our goal,” the source explained.

He stressed that this is a complex negotiation, in the sense that everything depends on everything. The informed source however, noted that the atmosphere of the negotiations has improved.

The eighth round of talks between Iran and the P4+1 group namely Russia, China, Britain, France and Germany began in the Austrian capital on December 27.

On Friday evening, based on an agreement reached among the heads of delegations, the senior negotiators of the Islamic Republic of Iran and the three European countries temporarily returned to their capitals for consultations.

The diplomats are trying to find a way to revive the 2015 nuclear deal known as the Joint Comprehensive Plan of Action.

The JCPOA has unraveled since former U.S. President Donald Trump unilaterally withdrew from the deal and imposed sanctions against Iran