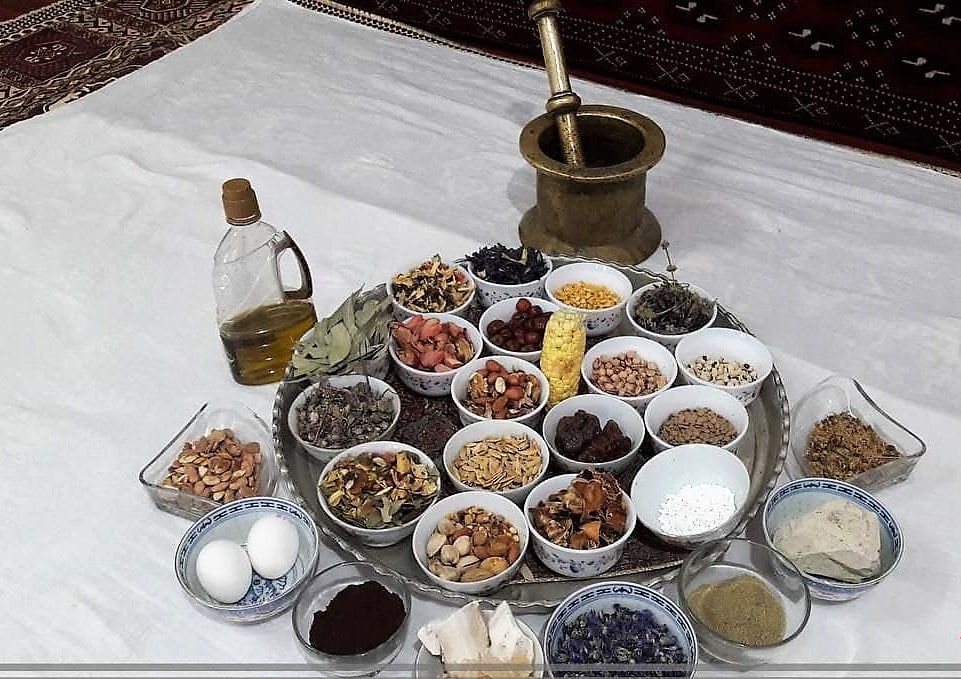 Sormeh or Kohl is one of the ancient eye cosmetics of Iran and Telli is a substance for maintaining the balance of the scalp and protecting the hair.

These two cosmetics have traditionally been prepared in Iran’s central province of Semnan and the city of Shahroud. Sormeh and Telli have been registered in the list of the Intangible Cultural Heritage of Humanity.

Sormeh is one of the oldest cosmetics that women used for eyes makeup. In addition Sormeh has many healing properties.

The best Sormeh is made of sweet almonds. To do this, first remove the crust of almond and insert a needle or a thin rod into it and keep it on heat. When the almond start to burn, put a porcelain plate over it. As the almond burns, the resulting smoke gradually forms soot or Sormeh on the plate. Now, wait a while for the porcelain plate to cool down, then with a knife or a sharp object, scrape the soot formed on the dish and pour it into the Sormeh container. Also, some goat fat is added to the soot to strengthen it and make it last longer on the eyes.

Telli is a natural substance with antibacterial and antifungal properties. It protects the scalp and keeps the natural balance of the hair. One of the properties of Telli is that it can nourish the hair. It also acts as a moisturizer for the skin. Telly is actually a natural and traditional hair mask that is obtained from the combination of the following ingredients and is placed on the scalp.