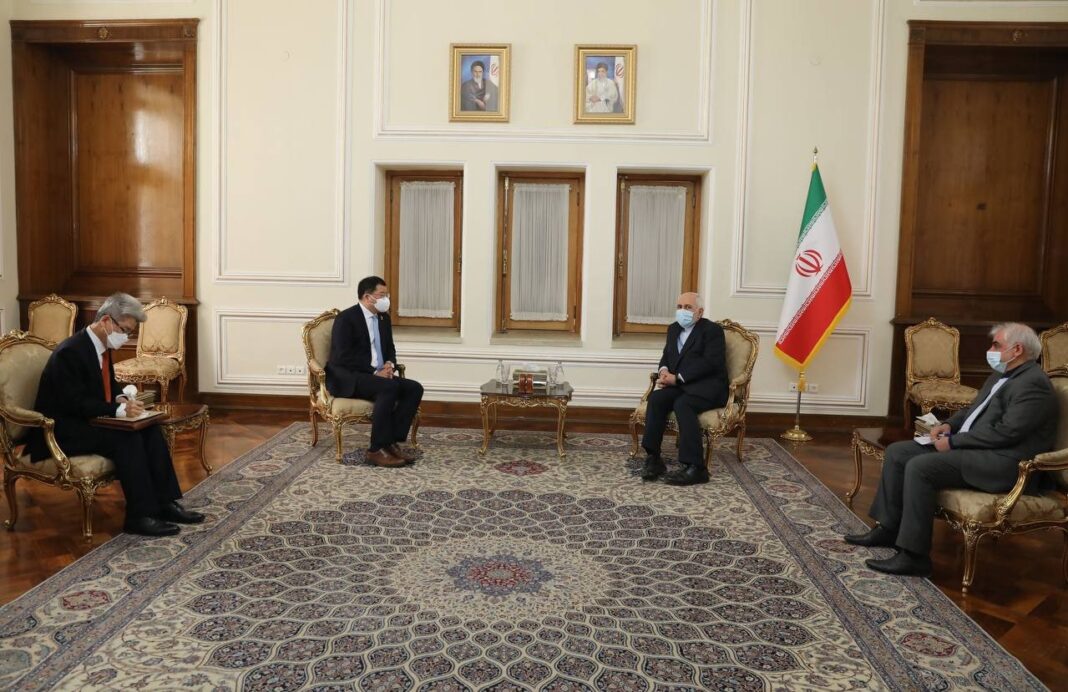 Zarif made the remarks in a Monday meeting with First Vice Minister of Foreign Affairs of South Korea Choi Jong Kun, who is heading a delegation of South Korean officials in a trip to Tehran to address the problems in the bilateral relations, particularly the Iranian frozen assets in South Korea.

In the meeting, Foreign Minister Zarif described the blocking of Iranian currency assets in the South Korean banks as the biggest obstacle to the expansion of relations between Tehran and Seoul in the current circumstances.

The Iranian minister also called on the government of South Korea to take the necessary measures to remove those obstacles immediately, stressing that the top priority in the relations between the two countries at present is Iran’s access to those assets, considering the health and economic consequences of the coronavirus pandemic.

The South Korean banks’ illegal move to freeze the assets has had an extremely adverse effect on the Iranian public opinion and views of people about South Korea and has seriously damaged the image of that country, Foreign Minister Zarif said, adding that’s why the representatives of people in the Iranian Parliament have reasserted their legal authority to address the case and insist that the problem must be resolved immediately.

For his part, Choi Jong Kun reaffirmed South Korea’s resolve to settle the problem, pledging that Seoul will do its utmost to pave the way for Tehran’s access to the financial resources.

He also touched on the seizure of a South Korean vessel in the Persian Gulf, urging efforts to expedite the settlement of the issue.

In response, Foreign Minister Zarif emphasized that the South Korean tanker has been captured because of polluting the Persian Gulf waters.

Therefore, the seizure of the Korean vessel is a completely technical issue which is being addressed within the framework of legal and judicial regulations, Foreign Minister Zarif underlined, saying the administration is naturally unable to interfere in the judicial processes.