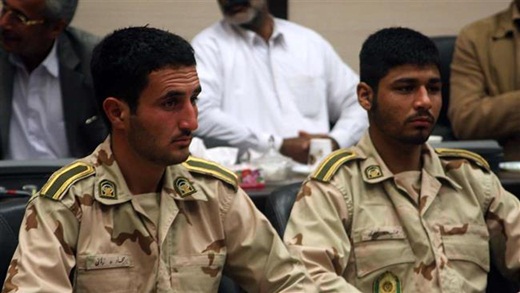 No group has yet claimed responsibility for the death of the notorious terror leader who was Jaish ul-Adl’s spokesman and second in command.

A high-ranking leader of the so-called Jaish ul-Adl terrorist group has been killed in the Pakistan’s port city of Karachi, a major blow to terrorists operating across the Pakistani-Iranian border.

Sources have confirmed that Mohammad Saeed Torkaman Zehi was killed by unknown gunmen in on April 7, according to a report by Fars News Agency on Sunday.

No group has yet claimed responsibility for the death of the notorious terror leader who was Jaish ul-Adl’s spokesman and second in command.

Iranian officials have confirmed the death of the terrorist, though the group itself has yet to make a comment on the issue.

Jaish ul-Adl, known to many as the army of injustice in reference to its Arabic name, was formed out of the so-called Jundollah, another terrorist group dismantled by Iranian intelligence forces on February 23, 2010 after its leader, Abdolmalek Rigi, was arrested onboard a flight from the UAE’s Dubai to Kyrgyzstan’s Bishkek. Rigi was later executed over his role in numerous terror attacks and criminal activities.

Jaish ul-Adl has claimed responsibility for a number of criminal activities in Pakistan and Iran in recent years.

On February 6, 2014, the terror group abducted 5 Iranian border guards in the Jakigour region of Iran’s southeastern province of Sistan and Baluchestan and took them to Pakistan.

On March 23 last year, the terror group claimed that it had killed one of the hostages named Jamshid Danaeifar. The other four were freed and reunited with their families two months after the abduction.

On October 25, 2013, Jaish ul-Adl killed 14 Iranian border guards and wounded six others in the border region near the city of Saravan in Sistan and Baluchestan.

Back in February, Pakistani security forces arrested Salam Rigi, the ringleader of the Jaish ul-Adl. The arrest came as Rigi was traveling by bus near the city of Quetta, the capital of Pakistan’s southwest Balochistan province.

Iran and Pakistan signed a security agreement in February 2013, under which both countries are required to cooperate in preventing and combating organized crime, fighting terrorism, and activities that pose a threat to the national security of either country.