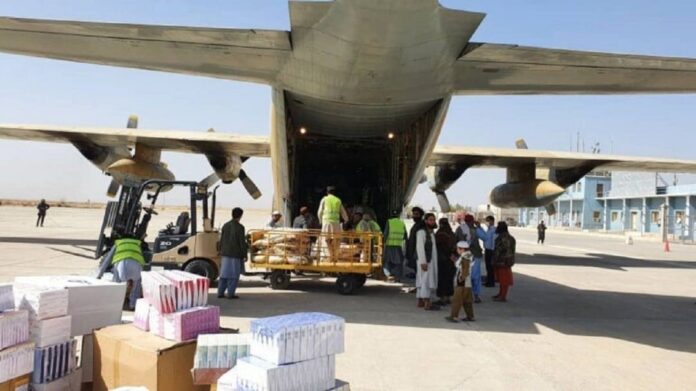 A second Iranian plane carrying aid for those affected by the recent terrorist blast in Kunduz, Afghanistan has arrived in the province.

The plane took off from Tehran and landed in Kubduz airport at 13:00 local time.
The cargo contains blankets and warm clothes which will be distributed among the injured and the families of those killed in the bombing.

Previously, Iran sent another shipment of relief aid for the wounded and the families of the victims that included medical supplies.

The bomb explosion happened at a mosque during Friday prayers last week. The worshippers targeted were Shia Muslim.

The explosion killed over a hundred people and wounded many more. The Daesh terror group claimed responsibility for the attack.

Graphic but unverified images posted on social media showed horrific scenes inside the Gozar-e-Sayed Abad mosque, with bloodied bodies and body parts flung across the inside of the building by the explosion.

The Taliban rulers of Afghanistan have pledged to bring those behind the bombing to justice.

The victims of the blast were all from the Hazara minority of Afghanistan. The blast was the worst act of terror against civilians since the Taliban takeover of Afghanistan in August.

The Hazaras are viewed as a long persecuted ethnic group in the country.