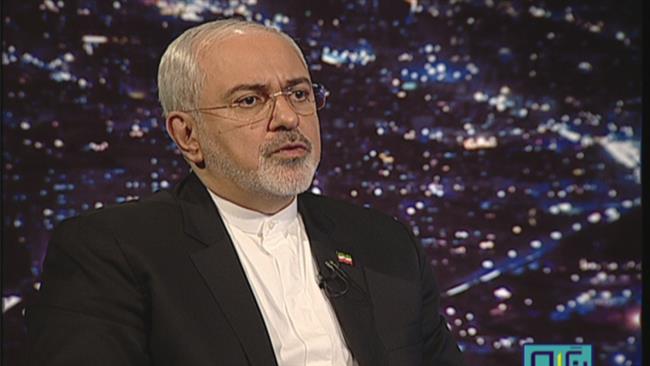 Zarif made the remarks during an interview broadcast on Iranian TV on Monday, adding that the Saudis’ actions result from their fear over the implementation of Iran’s nuclear agreement with world powers.

“Cutting oil prices harmed them more than it harmed us,” he said, adding that the “Saudis cannot further their policies by propagating Iranophoic lies.”

Iran does not seek to create regional tensions and has never done so, he noted, adding that, “As a powerful country, Iran will move past all these desperate actions” but will not allow anybody to disrespect its people.

“Enmity with Iran has never had any benefits for anyone, including the regional powers, and the interest of our friends in the region is in treading the path of friendship,” he stated.

On Saturday, Zarif and European Union foreign policy chief Federica Mogherini announced that sanctions imposed on Tehran have been lifted as the nuclear agreement, dubbed the Joint Comprehensive Plan of Action (JCPOA), came into force after the International Atomic Energy Agency confirmed Iran had met its commitments under the historic deal.

Iran and the P5+1 countries — the United States, Britain, Russia, China, France and Germany — finalized the JCPOA in Vienna on July 14, 2015.