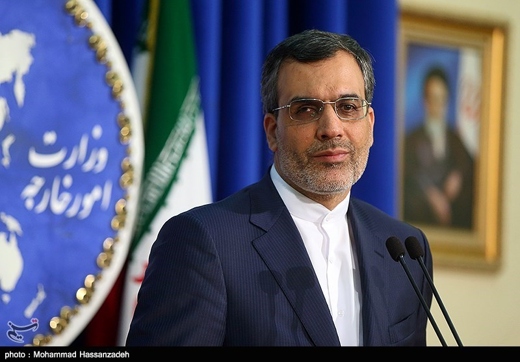 Foreign Ministry Spokesman Hossein Jaberi Ansari said Saudi Arabia's policy of 'war of emabssies' by cutting its ties with Iran and pressuring other countries in doing so will not bear any benefit to the Riyadh regime.

Speaking in a televised program on the Iranian Channel One network, he said Saudi rulers who are facing economic and political woes inside their country will not reap any fruit from their policy of creating tension in the region to ward off their challenges.

Jaberi Ansari urged the House of Saud to be ready to accept the realities at home, in the region, and worldwide and stop destructive and war-mongering policies which have negatively affected their image.

The spokesman also reiterated that diplomatic contacts beween Iran and US in recent days have been soley on the issue of nuclear agreement saying that Washington cannot mediate between Tehran and Riyadh while it has no diplomatic ties with the Islamic Republic.