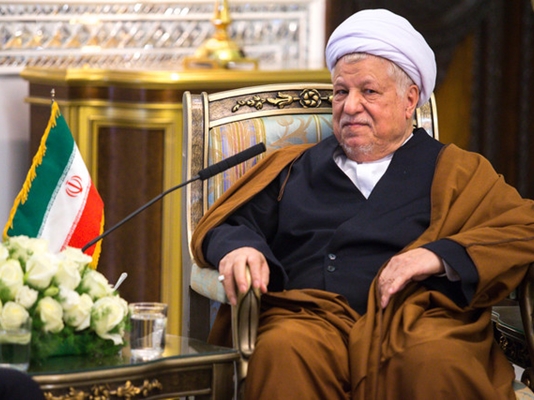 Chairman of Iran’s Expediency Council Ayatollah Akbar Hashemi Rafsanjani says Saudi Arabia, as the annual host of millions of people in Hajj pilgrimage, should not kill Yemeni children and women.

According to a report by Entekhab, as translated by IFP, Ayatollah Rafsanjani had a meeting with Cypriot Parliament Speaker Demetris Syllouris.

During the meeting held in Tehran, the Iranian cleric expressed concerns about the Saudis’ atrocities in Yemen.

In response to a question about possible mediation by the Organisation of Islamic Cooperation between Tehran and Riyadh, Ayatollah Rafsanjani said, “In the current situation, some inexperienced, adventurous youths are making decision for Saudi Arabia.”

He noted that Saudi Arabia, as a country which hosts millions of Muslims every year for Hajj pilgrimage, is not expected to slaughter Yemeni civilians.

Elsewhere in his remarks, Ayatollah Rafsanjani pointed to the confrontation between Russia and the US in Syria and referred to it as a worrying subject.

“The repercussions of this confrontation are more severely seen in Turkey, Iraq, Yemen and Saudi Arabia,” he said, stressing that the wise leaders of the world’s sane nations are expected to try to curb the spread of terrorism.

Syllouris, for his part, called on Ayatollah Rafsanjani to try harder to reduce concerns of international community.