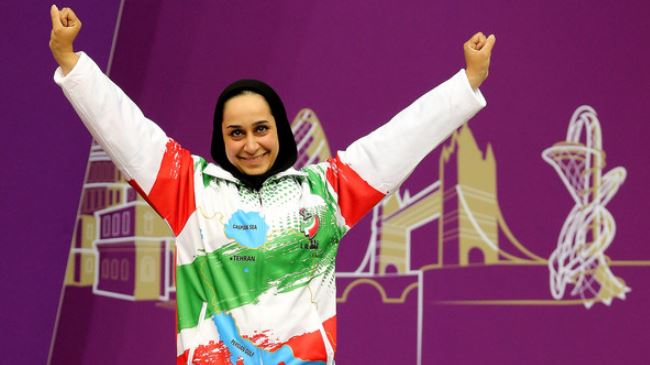 Iran’s Paralympic shooter, Sareh Javanmardi, has been chosen as Asia’s best female athlete of the year.

Iran’s Paralympic shooter, Sareh Javanmardi, has been named Asia’s best female athlete of the year thanks to two gold medals she won at the 2014 Asian Para Games which were held in Incheon, South Korea in October.

The Iranian Student News Agency (ISNA) reported on November 22 that Sareh’s brilliant performance in the Asian Games earned her the much-coveted title.

She claimed a gold medal in the Mixed 50 meter pistol SH1 and finished first in the Women’s P2-10m Air Pistol-SH1.