Salehi: One or two technical issues still to be resolved 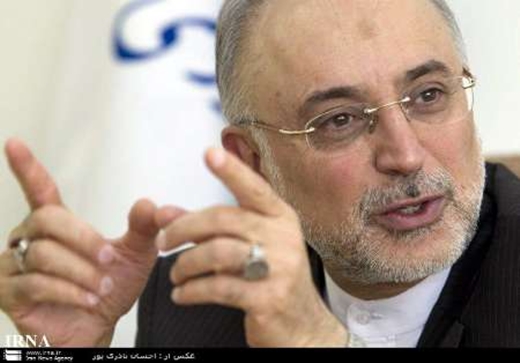 The ministers won’t get involved in details; we need to see whether we can conclude things before their arrival, Salehi said.

Talking to reporters in Beau Rivage Palace Hotel in Lausanne on Saturday, he said parties to the negotiations could claim they have come to a common understanding on technical issues only when these complicated issues are settled.

In answer to a reporter who asked about the reason for his anger during the past two days, he said he was neither angry nor unhappy. “The process of the negotiations is quite tough but we are moving ahead with strength and reliance on the Almighty as we have the support of both the nation and officials.”

When asked about reports that talks are only a few steps away from producing an agreement, Salehi said negotiations have two dimensions: technical and legal which are interconnected. It will be of no use if technical issues are settled but sanctions still remain in place.

Salehi noted that only when the one or two outstanding technical issues are settled, one can say there is a “common understanding”. Even that does not mean necessarily mean an agreement has been reached.

On the arrival of foreign ministers in the Swiss city he said, the ministers won’t get involved in details, we need to see whether we can conclude things before their arrival.