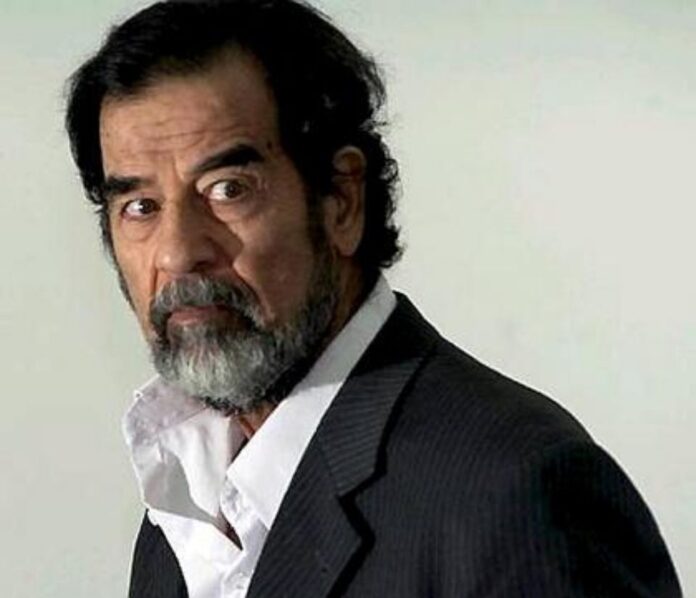 Saddam Hussein had revealed his secret fear of Iran and Iranians before being executed.

It is interesting yet appalling to know that the former Iraqi dictator Saddam Hussein’s final words before his execution in December 30, 2006, were about a secret fear of Iran.

According to a report by Al Alam News Network, as translated by IFP, Mowaffak al-Rubaie, Iraq’s former National Security Adviser, said in an interview with Iraq’s Asia TV that Saddam was suffering from an illusion of Iranophobia.

Al-Rubaie, who was accompanying Saddam from the investigation and interrogation stages up until his final moments before execution, noted that, “When they handed over Saddam to me and I was taking him to the judge so that he would hear his charges, I heard Saddam reciting these words over and over again: down with Iran…down with the Magi Iranians.

“When Saddam was asked about why he prevented the progress of Iraq with war and bloodshed, he said he wanted it [Iraq’s progress], but Iran did not let that happen!”

According to al-Rubaie, Saddam had a fear even of Iran’s name inasmuch as he would blame Iran even if two fish had a fight in an aquarium. He believed that Iranians are the descendants of the magi and fire worshipers.

“Since he knew the execution ceremony was being videotaped and probably broadcasted after his death, he was repeatedly cursing Iran,” he stressed.

He said Saddam was a skilful actor as life was like a play in the theatre for him.

“Even in the final moments of his life, Saddam pretended to be brave so much so that when he entered the execution room, the moment he clapped eyes on the noose, turned to the doctor and said, ‘This is for a man!’”