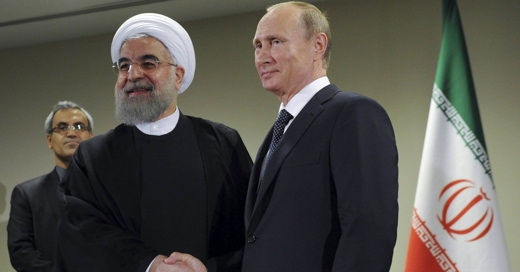 Putin’s Tehran visit depends on his schedule and a decision has yet to be made, Kremlin Spokesman Dmitry Peskov said.

Kremlin Spokesman Dmitry Peskov has been quoted by the Russian Sputnik news as saying that Putin has been invited to attend the summit by his Iranian counterpart President Rouhani.

“The decision has not been made so far. The decision will be made depending on [Putin’s] schedule. Russia will be in any case presented there at a high level,” Peskov told reporters.

The invitation was delivered by First Vice-President Eshagh Jahangiri to the visiting Russian Energy Minister Alexander Novak on Thursday.

“Iran is interested to see Russia participate in the summit at the highest level,” Jahangiri told Novak.

Apart from Russia, Iran has also submitted official invitations to the presidents of Algeria, the UAE, Venezuela, Qatar, Egypt, Bolivia, Libya, Equatorial Guinea, Nigeria, and Trinidad and Tobago as key members of the forum as well as the Netherlands, Kazakhstan, Peru and Norway as the observer member states.

The forum, founded in 2001, unites leading natural gas exporting countries and coordinates cooperation between its members.