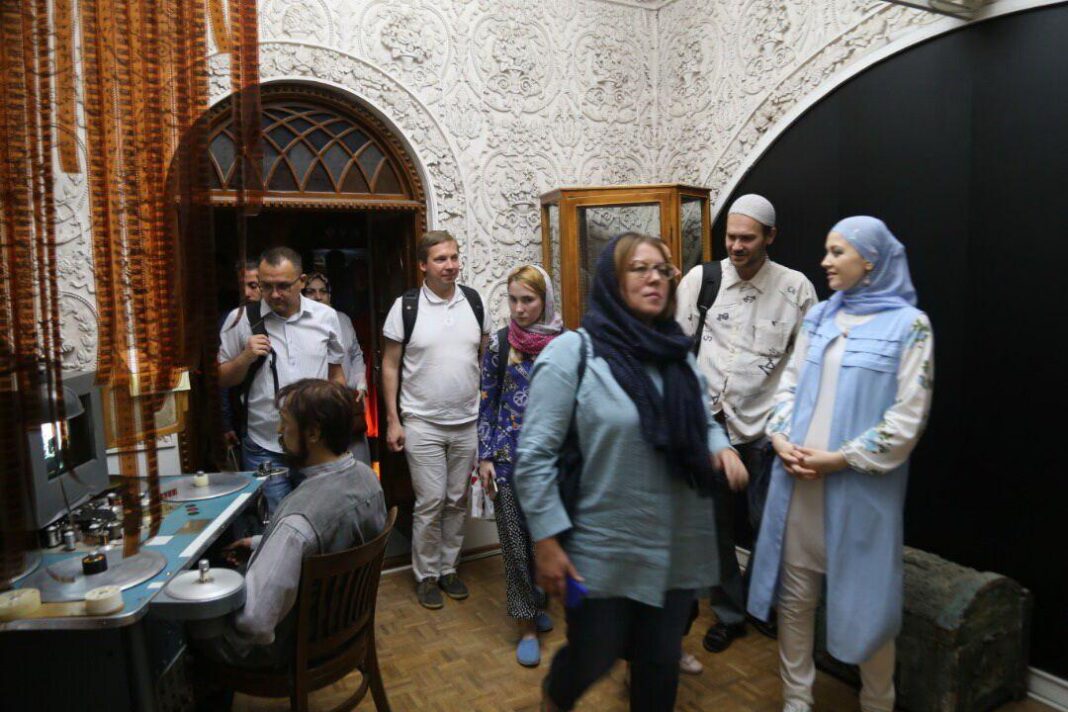 A group of Russian Orientalist professors, who are in Iran to participate in cultural activities, believe the Iranian cinema has had a huge impact on the world cinema.

The remarks were made during the visit of the Russian orientalists to the Cinema Museum of Iran.

One of these scientists, who is a member of the Russian Academy of Sciences, said the development of Iranian cinema is one of the most important events of the 20th century.

These researchers believe that any orientalist doing research in Middle East must know about this part of the country’s cultural heritage.

“From this angle, the Cinema Museum of Iran has done its best and has been well-organised in terms of displaying cinematic works as well as the location of the halls, since passing through these halls can give a complete picture of the Iranian cinema from scratch.”

A linguistics expert said she enjoyed visiting the Cinema Museum, adding “As a Russian citizen, I am pleased with the combined Russian and Iranian compositions of the 21th century at the Cinema Museum. I was surprised to see the nominations in Russian, and hopefully in the future we will see new and joint works carried out by Iran and Russia at the Iranian Cinema Museum.”

Another member of this team maintained he was interested in the Iranian culture and art in the past, and today he has become more familiar with the Iranian cinema.

“The Iranian cinema has a huge impact on world cinema, including on the Russian cinema, and the Iranian films are widely screened in Russia. Today, we had a closer look at Iranian culture and became familiar with the issues that Iran is dealing with. Iranian films usually deal with social issues that are prevailing around the world.”

Shokouh Sadat Hosseini, Director of International Scientific Cooperation of Institute for Humanities and Cultural Studies of Iran, who accompanied the Russian delegation during the visit, referred to the museum’s atmosphere saying that by visiting the Qajar-era monument, the audience can envisage cinema from its beginning till the contemporary era.

Also on the sidelines, a workshop was held on “Genre and Style in Iranian Cinema” for three hours by Parviz Jahed.

The event was co-organised by the Cinema Museum of Iran, Farabi Cinema Foundation and the Institute for Humanities and Cultural Studies of the Ministry of Science, Research and Technology.