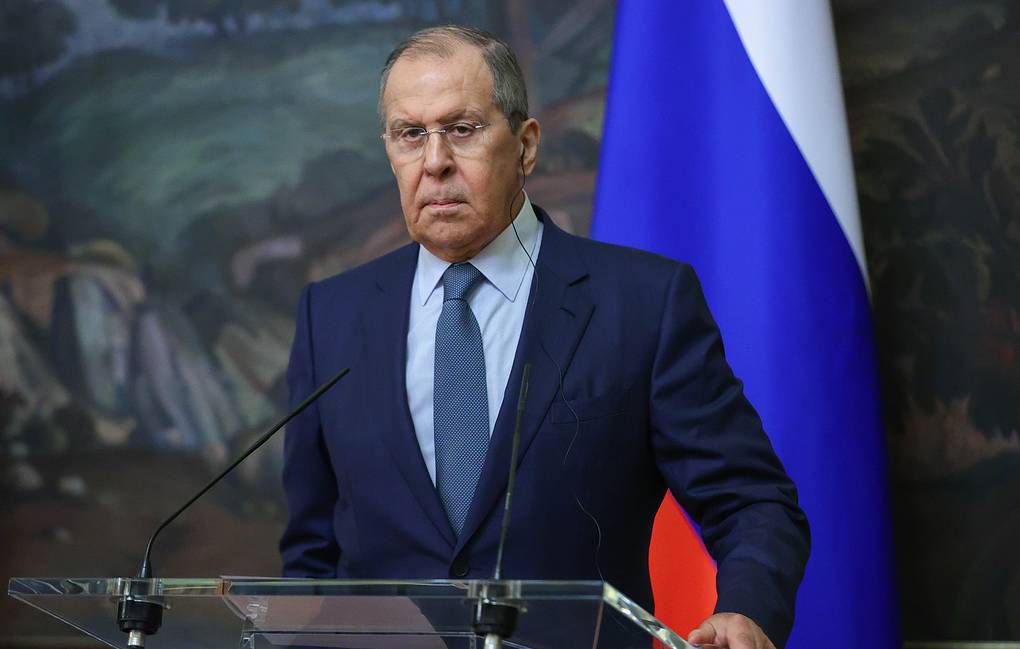 The world is waiting for the United States to return to the Iran nuclear deal and to remove the "illegal restrictions” against Tehran and its trading partners, Russian Foreign Minister Sergey Lavrov said on Wednesday. Moscow’s top diplomat added Iran is ready for the resumption of nuclear negotiations in Austria’s capital Vienna.

“Our Iranian friends and we proceed from the assumption that the road for restoring the agreement that was approved by the UN Security Council’s Resolution 2231 lies through systematic and gradual implementation by all sides of the balance of interests it originally established.

Moscow and Tehran are unanimous that the Vienna talks must be resumed as soon as possible. The Iranian side, as my counterpart has confirmed, is prepared for this,” Lavrov told a news conference following talks with his Iranian counterpart Hossein Amir Abdollahian on Wednesday.

At the same time, he went on to say, there is the understanding that the negotiations are not an end but a means.

“The world community is waiting for the United States to return to the legal space of the nuclear deal and to cancel the illegal restrictions against Iran and against all of its trading and economic partners,” he added.

“We regard as hopeless and futile attempts by some countries to link the JCPOA (Joint Comprehensive Plan of Action) with Tehran’s consent to compromise on some issues having nothing to do with the deal,” Lavrov stressed.

He pointed out that the situation in the region must be discussed beyond the JCPOA framework collectively at one negotiating table.

“This approach constitutes the basis of Russia’s concept of security in the Persian Gulf. This document was made public at the UN General Assembly and the UN Security Council. We are calling upon the Iranian and Arab friends to keep moving closer together along the road of mutual discussions and coordination of any issues in response to the existing concerns,” he added.

Negotiations have been underway in Vienna since April by Iran and the international quintet (Russia, Britain, Germany, China, and France) on restoring the Iranian nuclear deal to its original form. The sides have been discussing the issue of cancelling US sanctions against Iran, Tehran’s compliance with its commitments in the nuclear sphere and the United States’ return to the JCPOA.

Representatives from the countries that are parties to the agreement have been also holding separate consultations with US emissaries without Iran taking part. Originally the delegates had hoped to be through with this work at the end of May, and then in the first day of June. On September 21, Iranian Foreign Ministry spokesman Saeed Khatibzadeh noted the talks on restoring the nuclear deal to the full extent would begin in Vienna within several weeks.

On COVID pandemic, Lavrov stated Moscow and Tehran have agreed to take measures to speed up the delivery of the Russian Sputnik V coronavirus vaccine to Iran, as well as consider the possibility of launching its production in the Islamic republic as soon as possible.

“A contract was signed for the delivery of Sputnik V to Iran. We have agreed to take measures to speed up its implementation. We also looked into the possibility of organizing as soon as possible the production of the Sputnik V vaccine in the Islamic Republic of Iran,” the top diplomat added.

According to Lavrov, the sides are interested in combining forces to combat the spread of coronavirus.

“Our respective agencies are working actively on this,” Lavrov noted.
On Afghanistan, Lavrov said Moscow and Tehran call on the Taliban, which seized power in Afghanistan, to wage an uncompromising fight against terrorism.

“Afghanistan has to stop being a source of regional and global instability. We urge the new Afghan authorities to uncompromisingly fight against terrorist groups and the illegal drug and weapon trafficking,” Lavrov continued.

Ehsan Ghasri, [06.10.21 16:38]
The top diplomat emphasized that Russia and Iran shared the view that the Afghans, “who had been suffering from Washington’s geopolitical experiments for two decades, had a legal right to prosperity and peace on their own land”.

“We see ensuring the balance of all ethno-confessional and political groups, the principle of inclusiveness in the power structures as the guarantee of internal political stabilization,” Lavrov noted.