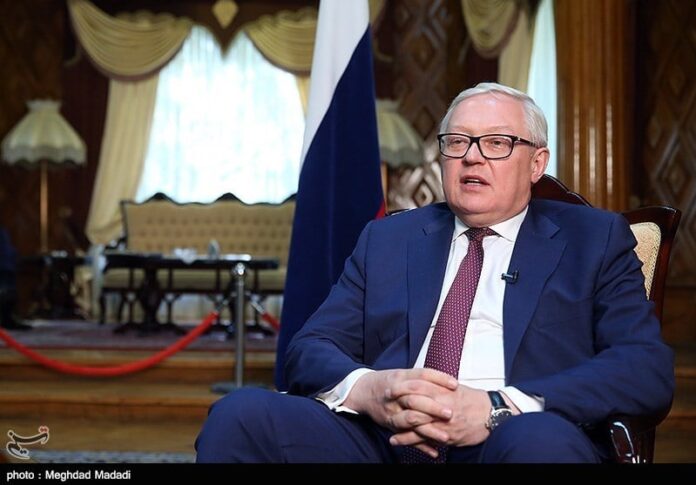 Russian Deputy Foreign Minister Sergei Ryabkov said he believes it is not possible for the “unrealistic” US to bring down Iran’s oil export to zero, as Washington is almost isolated internationally on this particular issue.

Speaking in an exclusive interview with the Tasnim News Agency in Tehran, Sergei Ryabkov expressed that the vast majority of the national community believe that JCPOA should be preserved for many reasons such as political and economical ones, adding that the United States has become nearly isolated regarding the idea of stopping Iranian oil export.

“We have some progress and you’re right that we are taking very intense contacts both with Iranian friends but also with European colleges with our Chinese partners with others who are inclined to look into this from the perspective of continuation of the deal and using benefits of the deal all this should be preserved, strengthened and protected against the US effort to defeat the deal all together,” Ryabkov said.

“We are doing this through different channels and then different levels including at a very practical level with involvement of businesses, including bankers. The Russian government is looking into it in a very proactive manner. The bilateral channel with Iran is working, we have expansion of trade and cooperation despite the US threats and we will do so, also in future we will stay firm. Collectively with involvement of Iran we are working with E3 and European Foreign Service to ensure there are channels that are workable to finance, to ensure transactions and most importantly to protect Iranian oil export and channels for Iran to receive revenues from oil export.”

“This is the central element of our efforts, there are specific ideas to this end that are being discussed,” he said, noting, “I don’t believe we should now enter into a great deal of detail of what is going on because this is working progress but moreover there is not necessarily any need for us to disclose all of our plans right in the middle of this political fight to sustain the deal and preserve it, but I give you my word that we are doing this very seriously and, yes we have a very tight timeline, which is more or less a month and half before November, but I’m very convinced that we would be able to deliver within this period.”

“So the JCPOA hopefully would be continuously implemented by all remaining parties including in the aspect of Iran getting economical and financial benefits from staying within the deal,” he reiterated.

As regards the US efforts to near Iran’s oil export to zero, the Russian diplomat said, “I don’t think it’s possible altogether. I don’t believe most importantly that this is realistic for the US to expect when the US stays almost isolated internationally on this particular issue.“

“The vast majority of the national community believes that JCPOA including in the aspect of Iranian oil export should be preserved for political reasons, for economic reasons, for the reasons of stability on the world energy market and also for the sustainability of the international system in the aspect of non-proliferation, it’s very unfortunate that there are politicians and in a few other capitals who completely disregard all this considerations while talking on their policies towards Iran. Russia stays very firm, we reject unilateral sanctions of US, as a matter of principle we ourselves became subjects to numerous rounds of US sanctions, it only strengthens our resolve to find ways how to not just defeat our enemies in a broader sense but also to ensure that in a broad and what I believe is a truly multipolar world, there is such a thing as democracy in international relations where there is no single power that dictates its will to all others.”

Pointing to Swift system and Russia’s central bank’s proposal to introduce parallel international payment system, Ryabkov said, “I truly think that this is a long overdue, this is something that should [have been] done long ago, we nationally have stablished a payment system which is called “Mir” and we believe that in a given situation arrangements could be made to allow different countries to become parties of this. We would also welcome any efforts to ensure that swift is modernized in the way that it is not just a simplified element of the world financial architecture that can easily be adjusted according to political preferences of one country or another one.”

“The degree of the general sustainability of international financial and payment system against voluntary measures taken for political reasons somewhere, in this case particularly the US, should be enhanced, this degree should be much higher than it is now and there are ways to do it, one of the most obvious ways is to diversify payments to use more payments in the national currencies. We are doing so in our trade transactions with Iran and other countries and I think the understanding of the necessity to hedge against political risks emanating from the US, this understanding also grows elsewhere including in Europe.”