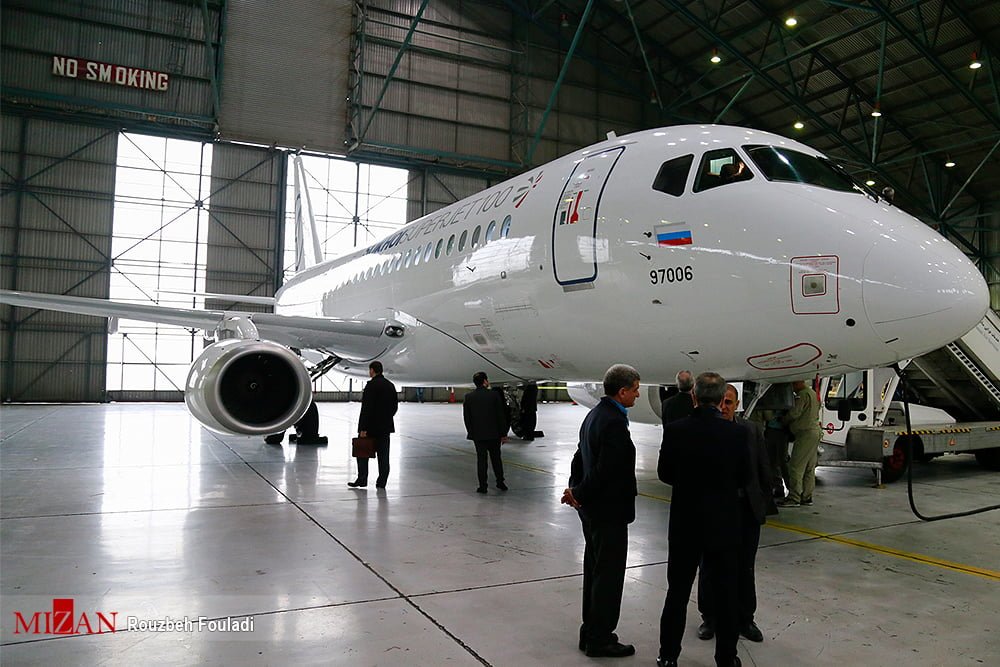 Amid the controversies over the delivery of Boeing and Airbus passenger planes to Iran, a Russian-built Sukhoi Superjet 100 has landed at Tehran's Mehrabad Airport with a team of engineers on board to make Iran interested in purchasing the airliner.

The move is part of an attempt by the Russian company to find customers in Iran for its passenger jet.

Secretary of Association of Iranian Airlines Maqsoud Asadi Samani said Sukhoi has made the latest changes to Superjet-100, and there is no limitations in selling the aircraft to Iran as less than 10 percent of the jet’s components are US-made.

The Sukhoi Superjet 100 is a fly-by-wire twin-engine jet with 8 to 108 passenger seats.

In the initial wave of aircraft orders, which followed the lifting of most international sanctions on Iran in January 2016, the country’s airlines placed tens of billions of dollars’ worth of business with the US’ Boeing and its main European rival, Airbus. Smaller orders were also placed with another European firm, turboprop-maker ATR.

However, while 11 ATR planes had been delivered by the end of 2017, the arrival of the larger jets from Airbus and Boeing is taking much longer, with just three Airbus deliveries to date and none from Boeing.

Turning to Russian-built jets may help to solve these issues. Iranian officials say that any deals to buy the Superjet-100 will not need the approval of OFAC as the plane has little in the way of US-made components.

Following you can see the photos of the aircraft in Mehrabad retrieved from the Mizan News Agency: