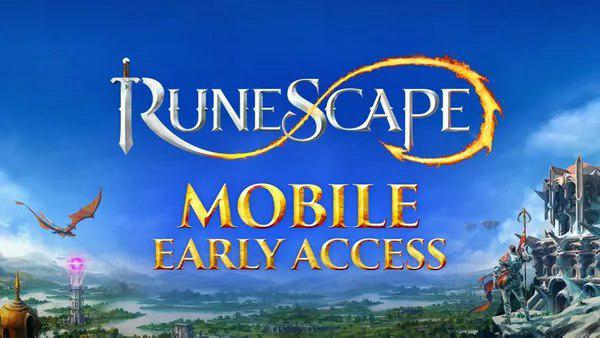 All we know about the Runescape Mobile Early Access. It's RS's turn to have a portable version, and now you can farm Runescape gold on the go. Have fun!

It comes as no surprise that RuneScape is getting the same treatment as OSRS. The latter’s mobile version proved successful, so it’s not a huge leap to do the same for the former. Now, it’s in early access, anyone with an Android phone and a membership can download and play it.

Here’s all you need to know to bring your adventures on the go, as well as all your Old School Runescape gold (OSRS Gold) and inventory.

First, you’ll need a phone running an OS that’s at least Android 6.0 or equivalent. If you’re not sure, check it in your phone’s settings. Be warned though, the phones with the bare minimum of requirements might not support future updates. They either won’t be able to fully update the app, or have some features unsupported. Since it’s still in development, there will be some compatibility issues as well.

Second, you’ll need a RuneScape membership. Those who are enjoying its benefits in the PC version may join the beta without any delay. Free-to-play players will either have to wait for the official release or pay for the membership. It’s up to you if you think the benefits of the package is worth it or not.

As for iOS users, you have to wait until next year for a chance. There’s no set date for release, so watch out for the news about this.

The Benefits of a Mobile Version

Portability is the name of the game. With our penchant for looking at our phone screens most of the time, why not use that time to grind in Gielinor? On your way to work or school, you can keep leveling up or check on whatever you need to.

For the developers, it’s an avenue to open the doors to a new audience. OSRS mobile version brought an influx of new players to the PC version. That’s after they discovered the game through the app store. From the player’s perspective, that means new friends. If you had friends that were resistant to play the game on a desktop, you can introduce the app first.

What does that even mean? Well, it means you can seamlessly transfer your progress in-game from PC to mobile, and vice versa. If you’ve used your commute to farm or level skills, you can fire up your PC at home to continue and charge your device. Otherwise, it could go in reverse. You’re playing on your desktop and someone invites you out. Instead of lamenting the loss of grinding time, you can just log in to RuneScape on your device and go meet your friend.

This Runescape mobile version is beneficial, so be sure to leave good feedback! Jagex wants to know what works and what doesn’t. It’s all for the betterment of the game. They want RuneScape to be the best it could be. Your reports will help them figure out problems or improve on what’s already working well.

It’s only a matter of time before it rolls out for everybody. Once it does, you can enjoy Gielinor on the go! Keep on enjoying RuneScape!