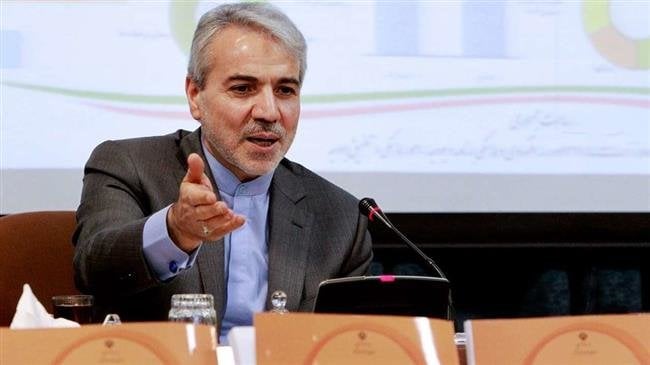 Mohammad Baqer Nobakht, head of Iran’s Budget and Planning Organization, says the budget bill for the next Iranian calendar year that begins on 21 March 2019 has been submitted to the Parliament.

In a press conference to unveil the budget bill to reporters, Mohammad Baqer Nobakht said the government had put a huge amount of energy into developing a “just and transparent bill.”

According to Nobakht, the next year’s budget is 12% more than the budget for the current Iranian year (21 March 2018-2019), adding that it would envisage a total spending of around 433 quadrillion rials ($103 billion) from various sources including taxes, divesting state-run shares and selling oil.

Meanwhile, the budget bill expects 27 percent dependence on oil revenues and forecasts 1.5 million barrels of oil sales per day at the price of $54 per barrel. It also requires the government to allocate $14 billion (at the exchange rate of 42,000 rials) to supply of basic goods to back Iranians’ livelihood amid the US unilateral sanctions. To this end, it also mandates the allocation of 1.42 quadrillion rials for paying subsidies whether in cash or in form of basic goods to qualified Iranians.

Deputy of Iran’s Budget and Planning Organization Hamid Poormohammadi who accompanied Nobakht in the conference said for his part that the bill was mainly focused on Iranian’s livelihood, domestic production, and supporting environment and improvement of science in the country, as well.

Back on Monday, Nobakht said the developers of the bill had in mind some major points including reducing the pressure posed by US sanctions on Iranians’ lives, supplying basic goods, and paying a specific attention to domestic production and job creation.