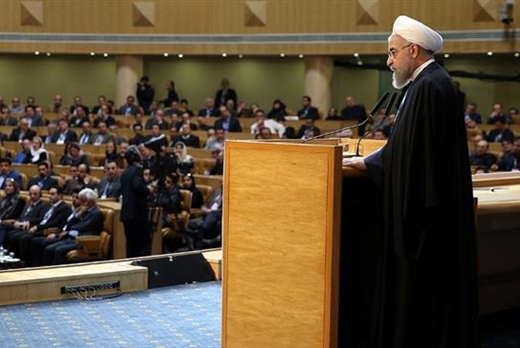 Iran’s President Hassan Rouhani said on Tuesday that the privatization of the country’s car industry is a key mission in the economic agenda of his government – an announcement already seen by analysts as a sign that Iran is already preparing to open up its economy to world markets.

President Rouhani in his remarks emphasized that people should be happy about the quality of cars in Iran, adding that the only way for this to happen is to have private sector corporations produce cars.

“The satisfaction of people has a special important for the government. The fact that we …produce cars and impose them on the people and tell them that this is only thing you can choose … is something that this government can never accept,” he told a conference of auto producers.

“Everyone should struggle for the satisfaction of the people and we need to take serious steps toward this direction in the car industry. Iran’s car industry should be completely privatized and become competitive.”

Rouhani said that the government has over the past few years strongly supported the state corporations that produce cars by devising heavy tariffs on imports of cars. He specifically mentioned a government plan to provide loans to people as another key step that the government had taken to encourage consumers to purchase cars.

However, the president emphasized that the government’s abilities to support the state car producers are limited and cannot continue eternally.