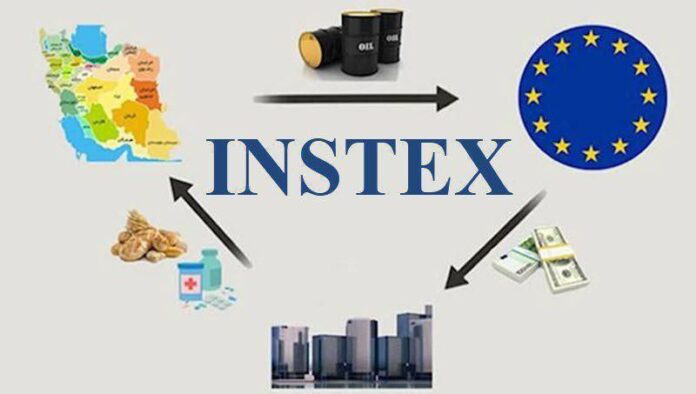 Iranian conservative daily Kayhan has warned the administration of Hassan Rouhani against accepting the INSTEX, a special trade mechanism proposed by Europe, saying that Tehran must not be deceived by the “void” package once more.

What follows is a summary of this analytical op-ed:

While the 60-day deadline Iran gave Europeans regarding the nuclear deal is reaching its end, Europeans have put the “void” package of the Instrument in Support of Trade Exchanges (INSTEX) on the agenda again after more than a year of inaction.

It’s now almost four years since the sealing of the nuclear deal and about 14 months since the United States pulled out of this agreement. Europeans, like the United States, have failed to pass this test and senior Iranian government officials, and in particular the president, must have learned from the JCPOA and not be deceived by the hollow and insulting INSTEX package.

The recent meeting of the joint commission of the JCPOA headed by Iran’s Deputy Foreign Minister Seyyed Abbas Araqchi and the Secretary General of the European External Action Service (EEAS), Helga Schmid, was held in the presence the representatives of P4+1 (Germany, France, Russia, China and Britain) on Friday. At the end of the meeting, the Joint Commission issued a nine-part statement at Coburg Hotel in the Austrian capital, Vienna.

In the Joint Commission’s statement, it has been stated that given the recent developments and concerns, the parties highlight the importance of full and effective implementation of the deal by all parties. At the same time, members noted that lifting sanctions was an essential part of the deal, and they also reviewed their respective commitments. They looked at the efforts leading to reduction of negative effects of US withdrawal and re-enforcement of sanctions. They furthermore looked into the issues they had repeatedly expressed regret over.

Almost four years after the signing of the agreement and about 14 months after the US pullout, the remaining parties to the deal are now contemplating their obligations, and at the same time in response to the US anti-Iranian measures have just expressed regret!

In another part of the statement, France, Germany and the United Kingdom informed the members that the INSTEX has become operational and available to all EU states, and its first transaction is being processed. They said the ongoing complementary cooperation will be accelerated with the establishment of the Iranian counterpart, STFI. They confirmed that some EU member states are joining shareholders of INSTEX, a specific mechanism aimed at facilitating legal trade with Iran. They are also trying to facilitate access to INSTEX for the third-party economic activists.

According to news agencies, Austria, Belgium, Finland, the Netherlands, Slovenia, Spain and Sweden emphasised the need to preserve the JCPOA (let’s say Iran’s unilateral compliance with its commitments). They also called the deal a key tool for the arms control and maintaining stability in the region.

European parties of the JCPOA have reduced their commitment and instead are offering a void package called INSTEX. Meanwhile, the INSTEX has nothing to do with Europe’s commitments and is simply a policy of exchanging oil money with food and medicine! The important point is that this financial channel does not cover US sanctioned items at all. That’s why the US State Department recently issued a statement explicitly declaring that Washington does not expect such channels affect its maximum pressure campaign against Iran.

Foreign Ministry Spokesman Seyyed Abbas Mousavi said “If this is a normal and formal mechanism, we certainly will not accept it and take our second step in a timely manner.”

Iranians Are in Hurry!

While the European member states did not fulfil any of their obligations, a European diplomat in Vienna has insulted Iran in an irresponsible comment.

Asharq Al-Awsat quoted in a report a European diplomat in Vienna saying that “They (Iranians) are in a rush about INSTEX, but that’s complicated. We can show that we are progressing, but they say it is not enough. Well, that’s their problem, we do our job in the best way.”

A brief note by Director General of Chairman’s Office at the Tehran-based Strategic Council on Foreign Relations (SCFR) Abdolreza Faraji-Rad said “It seems what Europe pursues as a special financial mechanism is not a thing to make major changes in trade relations between Iran and Europe, or even in the economic situation of Iran and the Iranian people…. What is being discussed at the European Council is nothing more than creating a financial channel to supply goods such as food and medicine and similar items. The goods the US government claims are not sanctioned and no restriction has been put on them… Such an action would actually mean the implementation of Washington’s directive, namely the full implementation of US sanctions and creation of a channel for goods that are not subject to sanctions as the US claims … In this way, the Europeans imagine that they can hit two birds with one stone. In this way, they protect themselves against the threat of US sanctions, and at the same time imagine that Iran’s demands will be reduced.”

“We had a long meeting for more than three hours, it was a positive and constructive meeting and it was a step forward in comparison with our earlier meetings,” said Deputy Foreign Minister Abbas Araqchi after the end of the Joint Commission meeting in Vienna. “Of course, there is still a significant gap to meet the demands of the Islamic Republic and the extensive achievements that the Islamic Republic of Iran expects.

“The most important subject discussed at this meeting was the issue of the INSTEX and the financial channel that the Europeans established. The three European countries set forth extensive and detailed explanations. The INSTEX is now operational and there are two or three issues already being followed up, and the first financial exchange will be carried out through INSTEX in the coming days,” said Araqchi.

“Of course, without purchasing oil from Iran, the INSTEX cannot fully meet our expectations,” added Araqchi saying that we expect the European countries to seriously consider the sale of Iranian oil.

“We believe that some positive steps have been taken and they are worth being studied, so I will convey these offers to Tehran,” he said, noting that Tehran’s expectations were not completely fulfiled.

Araqchi called the Europeans’ promise of setting up the INSTEX a positive step, while the Europeans’ duty was not the implementation of the INSTEX. They are obliged to implement their commitments as mentioned in the JCPOA to lift the oil, financial and banking sanctions.

Iran’s announcement of its 60-day deadline on the anniversary of the withdrawal of the United States from the nuclear agreement was a minimal and delayed move, but it pushed Washington and the European parties to the deal for more action. They initially announced they do not recognise Iran’s deadline, but they retreated from their rude stance after seeing Iran’s practical steps in reducing its obligations.

Days passed and the 60-day deadline draws nearer to its end. Senior Iranian government officials stated in separate statements that the second step of reducing the commitments would be carried out on July 16. But the European side, which has repeatedly confirmed its alliance with Washington, instead of fulfiling its JCPOA commitments rushed to a deceptive approach and that was nothing but a void pack called INSTEX.

The European Union was supposed to guarantee the lifting of banking, financial and oil sanctions in line with its commitments mentioned in the deal, but the INSTEX does not meet these obligations at all.

During the past year, Europeans, like the United States, have failed to pass the test and have not fulfiled their obligations at all. Senior Iranian government officials, and in particular the president, must now learn a lesson from the JCPOA and not be deceived by a hollow and insulting package called INSTEX.