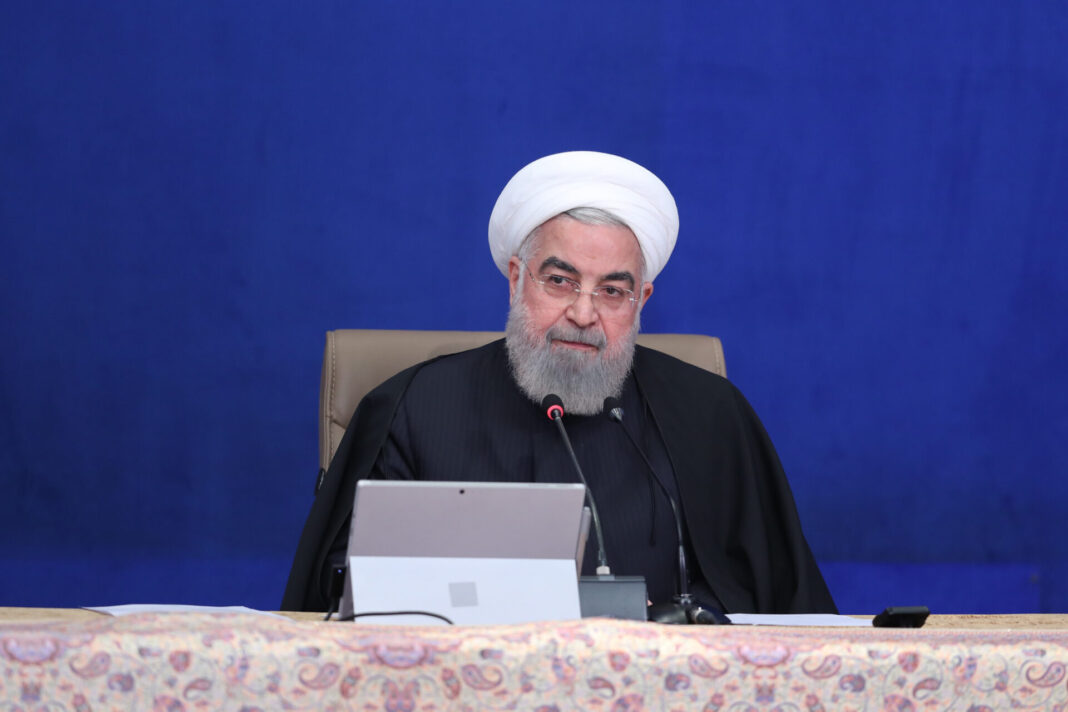 Iran’s president says the chance to revive the deal with the West over Tehran’s nuclear agreement was taken from his government, and the credit will go to the Raisi administration.

President Hassan Rouhani described the Joint Comprehensive Plan of Action (JCPOA) as a strong example of international negotiations and constructive interaction, but he expressed regret that the chance to revive the deal was taken from the 12th administration.

Rouhani, who was speaking during a weekly cabinet meeting, reminded that July 14th is the Day of Negotiation and Interaction saying that this day appears in the Iranian calendar as a day of constructive interaction with the world, IRNA reported.

“Following the actions by the 11th administration to lift the cruel sanctions and retain the rights of the nation, we reached an agreement on July 14, 2015, and for this reason, this day was named the day of constructive dialogue and interaction,” underlined Rouhani.

He further reminded that in previous years, there were some issues in the society and on the minds of people that some resolutions were passed against us in the United Nations, and as these resolutions were under Chapter 7, nothing can be done about them.

Usually, when a resolution is approved by the Security Council against a country under Chapter Seven, that country is either forced to implement it or sometimes it leads to war, but it is a rare case in the history of the United Nations for a country to resist and eventually those resolutions were revoked without being executed a moment, he went on to say.

“We had an issue with the IAEA called PMD which was presented as possible non-peaceful activities. One person with expertise and experience said that PMD will never be resolved and the agency will use it as a leverage.”

“Experienced people in the world of politics and international relations told me that if we want to negotiate with the six great powers to reach a deal, it is a waste of time.”

In my opinion, what the 11th administration did, is recorded in the history of the country as a very valuable achievement and an important movement in political activities and international relations, he underlined, saying that in less than 100 days, we could reach an interim agreement with the P5+1, and with this interim agreement, the extension of sanctions was stopped.

“They planned to gradually reduce our oil production to bring it to zero year by year. Our production was 972 thousand barrels per day by that time. They wanted to bring our oil production to zero by mid-2014. [By the nuclear agreement] this was stopped and in some cases our frozen assets and some of the resources of the Central Bank were released while some issues were accepted by both parties. In the same interim agreement, they agreed that Iran could have enrichment. ”

It was very important that a government which came to power with the popular vote could fulfil its the promise and take a very important step to lift sanctions and retain the rights of people within 100 days. Afterwards, we moved ahead step by step and in April 2015 we reached a general agreement with the six countries and finally on July 14, 2015 we reached a deal called the JCPOA with the P5+1, he stressed.

The head of the Supreme National Security Council stated that there were some developments both in some P5+1 countries and Iran, which we dealt with, but in January 2016, the JCPOA agreement came into effect and sanctions were lifted. Some of the steps were immediate and some others were ceremonial, but all the instructions that needed to be announced by the European Union and the US were announced and the process began.

“The conclusion we draw is that through dialogue and constructive interaction, the complicated and important issues between our country and the superpowers or international organizations can be resolved, and this was an important matter.”

“Some made great fuss about this saying these are only on paper and so on. However, the nation saw we could practically do it. The sale of the oil and condensate which was about one million barrels, turned into 2.8 million barrels in a very short time.”

One of our lost rights was the oil market. They said you were not present in the market, but we returned to the market and retained our rights in the market. In addition, we began investments in electricity, gas, and petrochemicals fields, concluded Rouhani.