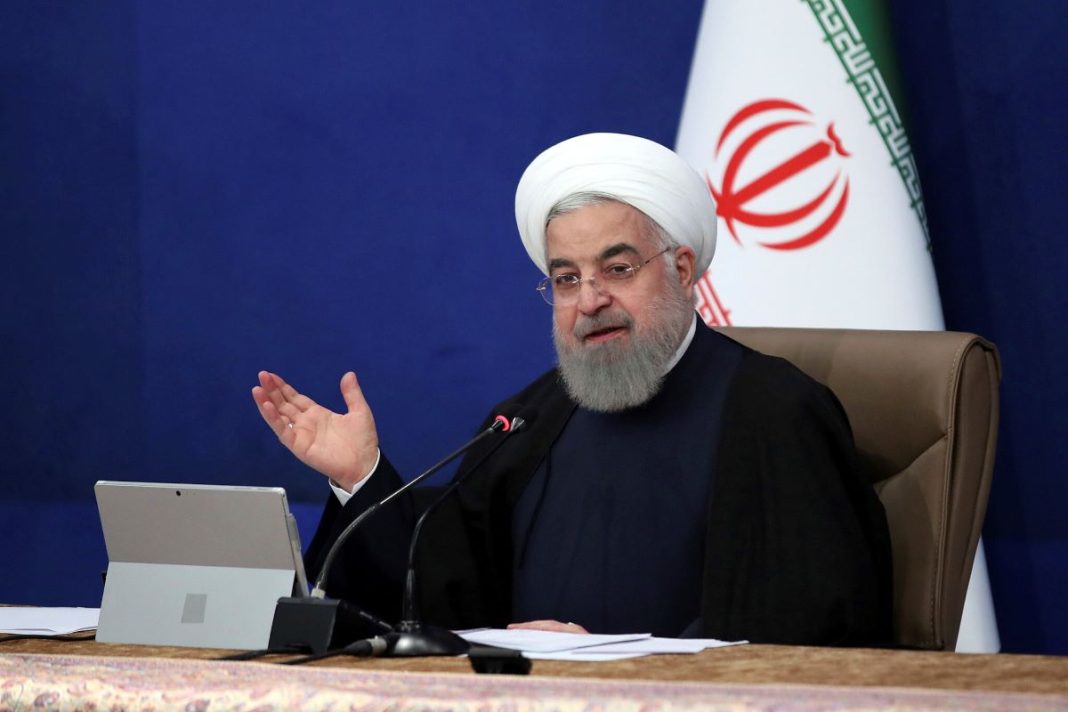 Iran’s Jamaran news website has published parts of an interview with former Iranian President Hassan Rouhani that the interviewers plan to publish as part of a book titled “With No Smoke, Fire or Blood”.

In the interview, Rouhani says the unsaid about key moments in his presidency.

Rouhani explains how his government was caught in an economic war after US President Donald Trump withdrew from the nuclear deal in 2018 and re-imposed economic sanctions on Iran.

The former president says Trump sought to push Iran’s oil exports down to zero, but failed.

On the other hand, Rouhani says, Iran managed to sell its oil and no “corruption like Babak Zanjani”, involving billions of dollars, emerged from it.

Rouhani says his government was right not to exit the nuclear deal, adding that Russian President Vladimir Putin later told him that “Trump would have breathed a sigh of relief” if Iran had exited the JCPOA.

The former president said Israel was also targeting Iranian ships in the Red Sea to cause famine in Iran.

Amid all this, he said, some ministers proposed that the government resign.

“I considered this backstabbing” and “leaving the leader alone”, he said, adding that he refused.

Rouhani also talked about a period in 2018, “when a group of people decided to collapse the government”, by starting a media campaign speculating that the fuel prices would rise. They were arrested and interrogated, he said, without offering further details.

He also dismissed talks that the nuclear deal achieved nothing, stressing that the money the very agreement helped Iran earn was used to fund the projects his government completed.