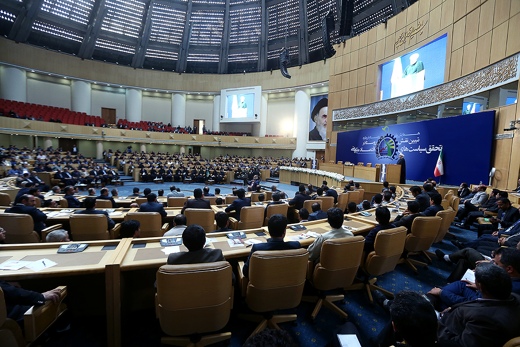 The post-sanctions era will be calmer and ideal for production and investment, the president said.

President Hassan Rouhani has said Iran will destroy the wall of illegal sanctions in coming weeks.

Talking in a gathering to mark National Village Day on Monday, the president no one can claim Iran has failed in the talks that led to the conclusion of the Joint Comprehensive Plan of Action and said.

Stressing that Iran has made a great achievement, he doubted the intentions of those who are trying to question the success of talks by asking “Who are they trying to satisfy?”

The post-sanctions era will be calmer and ideal for production and investment, the president said, adding that talks with foreign delegations that visit the country do not focus on procurement of goods. “The question of technology and capital transfer is at issue now.”

Turning to the upcoming parliament elections in March 2016, President Rouhani said the nation will undoubtedly create yet another epic.