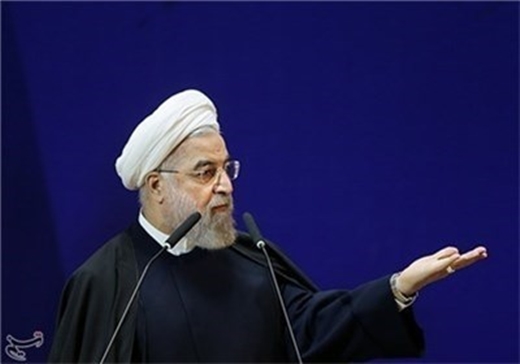 All polls indicate 80-plus percent public support for the administration’s nuclear approach, said the president.

Iran’s President Hassan Rouhani underlined that the vast majority of Iranians back his administration’s approach in the nuclear talks with world powers.

“All polls indicate more than 80 percent (public) support for the administration’s nuclear approach,” the president said on Sunday.

He also stressed “the seriousness” of the country’s negotiators in the talks with P5+1 (Russia, China, the US, Britain, France and Germany) over Tehran’s peaceful nuclear energy program.

Iran and P5+1 (also known as E3+3) are in talks to hammer out a final agreement to end more than a decade of impasse over Tehran’s civilian nuclear energy program.

Following the diplomatic and confidence-building measures taken by President Rouhani’s administration, the two sides in November 2013 signed an interim deal – the Joint Plan of Action – that took effect on January 20, 2014 and expired six months later. They later extended the deal until November 24, 2014.

After failing to hammer out a lasting accord by the self-imposed November 24 deadline, the parties once again decided to extend the deadline for seven more months.