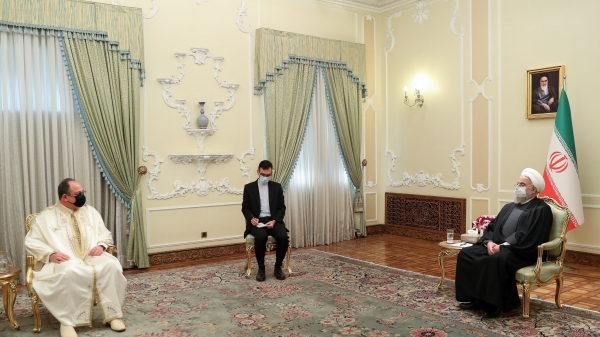 The Iranian president has expressed his gratitude to Tunisia for supporting Tehran at international circles and slamming the United States’ cruel sanctions and actions against Iran.

“Tunisia can be a gateway for Iran to enter countries in Africa, North Africa and Europe,” said President Rouhani while receiving the credentials of new Tunisian Ambassador to Tehran Samir al-Mansour.

“Relations between Tehran and Tunis have been good and developing following the revolution in Tunisia, and there has been a feeling of proximity between the two countries,” President Rouhani said.

The top Tunisian diplomat, in turn, said his country attaches great importance to the enhancement of ties with Iran, adding his country can serve as a launch pad for Iran to further boost its relations with European and African countries.