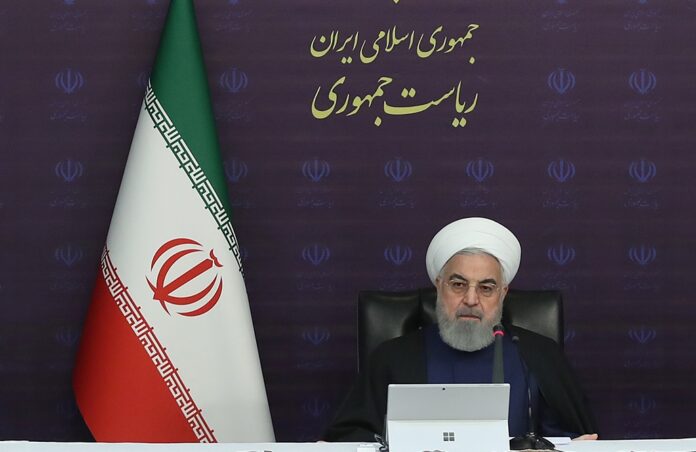 President Hassan Rouhani has cautioned that the US’ attempt to ruin an important achievement of the 2015 nuclear deal by maintaining an arms embargo on Iran will draw reaction from Tehran.

In remarks at a cabinet session on Sunday evening, President Rouhani decried the US administration’s push to extend the arms embargo on Iran.

“The subject of termination of the arms embargo in October is one of the major achievements of the JCPOA, and if the Americans intend to question this achievement, the other big countries are aware that what our reaction will be,” the president said.

He also expressed hope that “all Members States of the Security Council and the (IAEA) Board of Governors would be fully aware of the US plans for such plots.”

“God willing, we will overcome these plans that the US has formulated against Iran,” the president underlined.

He further denounced the US attempts to block an IMF loan for Iran for the battle with the coronavirus pandemic, saying, “On the International (Monetary) Fund, which we have asked a $5 billion loan, the Americans unfortunately continue with obstructionism. We hope that the IMF Board would not give in to the US pressures and to honor its commitments vis-à-vis all countries.”

The president further pointed to the US government’s terrible handling of the coronavirus outbreak, its violation of freedom of the American people and the rights of other nations, as well as its disregard for the international organizations, adding, “However, the Americans have been always unsuccessful and have failed in this regard, as they will fail once again.”

“Recently, the Americans have begun to intimidate and exploit both the International Atomic Energy Agency and the (UN) Security Council somehow. We are confident that both our diplomats and our country’s officials will stand against the US very well in this regard, and we will not let the Americans succeed,” he emphasized.

Over the past months, Washington has stepped up calls for the extension of a UN arms embargo on Iran, which will expire in October under UN Security Council Resolution 2231, which endorses Iran nuclear deal, officially known as the Joint Comprehensive Plan of Action (JCPOA).