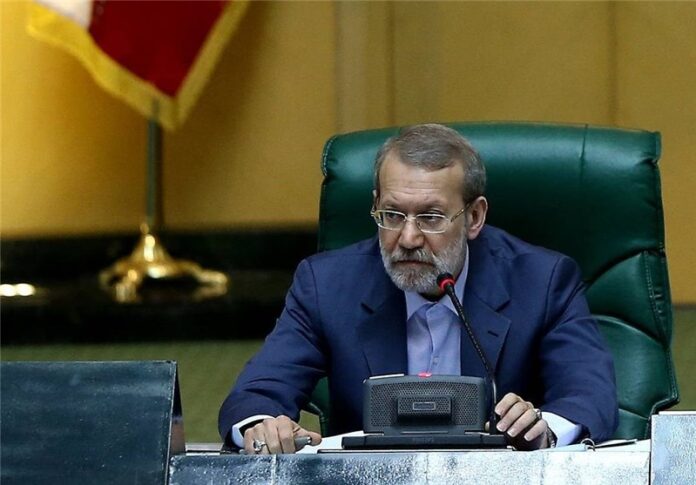 Iranian Parliament speaker says Saudi Arabia has turned into a centre for exporting terrorism, and the US should stop it from sponsoring extremists so as to prevent another 9/11 from happening.

Iran’s Parliament Speaker Ali Larijani, in an open session of the parliament on Tuesday, criticized the double standards adopted by the US and Saudi Arabia vis-à-vis terrorism.

Commenting on the Riyadh summit, the top parliamentarian said US President Donald Trump admitted at the beginning of the summit that he had received huge sums of money from Saudi Arabia to attend the meeting.

Larijani described Trump’s confession as “unbelievable,” and at the same time “interesting.”

If Americans stop Saudi Arabia from sending money, weapons and armed militants to other countries, said Larijani, no terrorist attacks similar to the ones on New York’s Twin Towers will happen again, and no more innocent people in Iraq, Syria and Lebanon will be killed or wounded.

Larijani further underscored that Saudi Arabia and the US have, ironically enough, claimed to be at the forefront of fighting terrorism, and added Riyadh has been involved in all terrorist activities since the day Afghanistan was occupied by the Soviet Union.

Former Pakistani Prime Minister Benazir Bhutto said in an interview that the scheme to create the Taliban had been masterminded by the US and Britain, funded by Saudi Arabia and the United Arab Emirates, and only implemented by Pakistan, Larijani noted.

He then touched upon a recent report by US officials which suggests Saudi Arabia was involved in the September 11 attacks, and added, “Is there any doubt that Daesh (ISIS) and al-Nusra (Nusra Front) terrorist groups were created and supported by Saudi Arabia and some other small regional countries? Other terror groups such as Ahrar al-Sham are supported by Riyadh as well.”

“At the moment, Saudis claim that Iran is the axis of terrorism in the region, and that after the Islamic Revolution of Iran led by the late Imam Khomeini, the region has been gripped by terrorism,” said Larijani.

However, he added, history shows the Saudi government has always been involved in war and terrorism, but has sought to fuel conflicts among Arab Muslims only.

He said many Sunni scholars and intellectuals have suffered a lot at the hands of the Al Saud regime. Saudi Arabia has also attacked Yemen time and again and butchered the people of that country, the parliamentarian added.

However, said Larijani, Saudi Arabia has never contributed to any conflict against Israel.