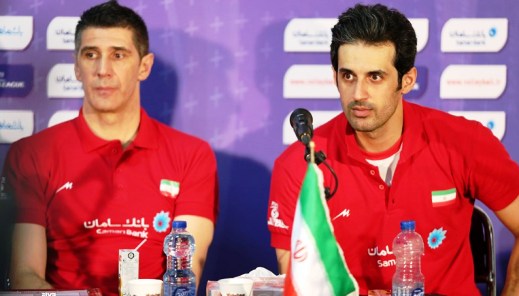 FIVB Volleyball Men’s World Championship Poland 2014 got under way in Warsaw on August 30. In the opening match hosts Poland beat Serbia in straight sets (25 – 19, 25 – 18, 25 – 18). Iran are to line up against powerhouse Italy on Sunday August 31 (11:00 GMT). The Iranian Labor New Agency (ILNA) quoted the Serbian coach of the Iranian side before the much-awaited match as telling a news conference that results are “not predictable”. Here is what else Slobodan Kovac and his captain Saeed Marouf said at the news conference:

“The World Championship is a great competition. Iran are a force to be reckoned with. My team fared very well in the World League, but here in Poland results are unpredictable,” Iran’s coach said.

He went on to say that his team will try their best to showcase a great performance similar to that of the previous event. “We need to strategize from game to game. We want to play well and put great volleyball on display.”

When asked about Iran’s preparatory camp in the United States, he said that he was not a politician. “As far as volleyball goes, we prepared ourselves for the World Championship. […] We went to the US for warmup games and Iranians residing in the United States supported us during our stay there. I hope we will be able to perform well in Los Angeles when the American city plays host to the World League in 2015.”

The captain of the Iranian squad, meanwhile, said that participation in the World Championship is different from other games. “We want to repeat the World League. We will try to perform to the best of our ability and advance to the second round.”