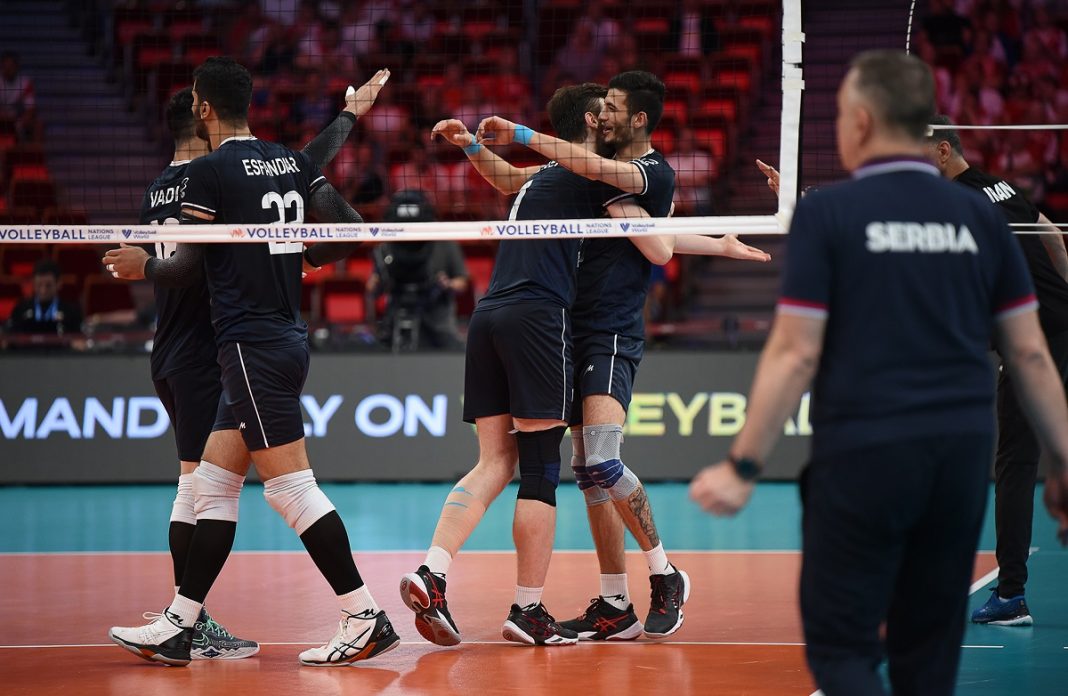 The Iranian national volleyball team have comfortably defeated Serbia in week 3 of the 2022 Volleyball Nations League (VNL) in Italy. The match was held on Saturday.

Thus, Iran secured a spot at the quarterfinals round the Volleyball Nations League after the decisive straight sets win over Serbia.

The 1st set was lengthy but it was the Iranian team that won 35-33.

The Iranians carried the momentum into the 2nd set in which they defeated the Serbians 25-21 to double their lead.

They acquitted themselves well both on the offense and defense in the 3rd set as well to finish a brilliant game by crushing Serbia 25-12.

Earlier, Iran defeated Poland, Slovenia and was defeated by Italy. Thus, it made its way to the rank of top eight teams after seven victories and five losses in three weeks of games.

The final round of the competitions will kick off on Wednesday, July 20, with the top eight teams facing off in new games. Seven teams have already reached the finals.

They include Italy, Japan, America, Poland, France, Brazil and Iran. The Netherlands needs to win to join the top eight group of teams.