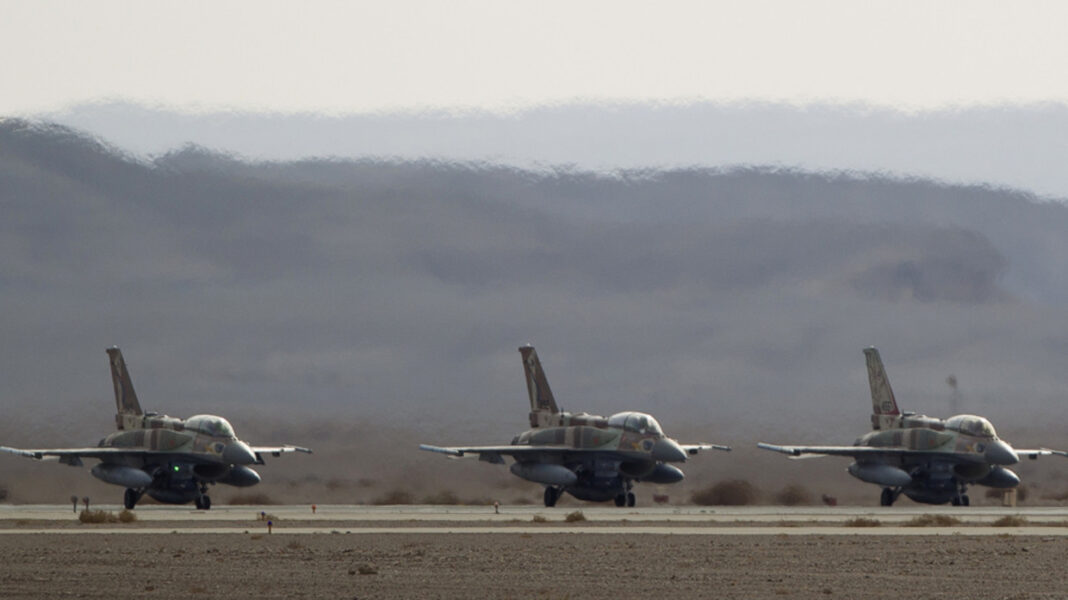 Israel has reportedly prepared a secret wish list of weapons systems that it wants the US to add to the so-called American emergency stockpile in occupied Palestine for purported military action against Iran’s civilian nuclear sites and Lebanon’s Hezbollah.

The wish list is “highly classified” and includes aerial munitions that the occupying regime “predicts would be needed” if it dares to militarily engage Iran or fend off against Hezbollah’s retaliatory rocket strikes, Breaking Defense military news outlet reported, citing Israeli military sources in Tel Aviv.

The US War Reserves Stock Allies stockpile, established in the 1980s, allows the US military to “stockpile arms and equipment at Israeli bases for American use in wartime” and has included missiles, armored vehicles and artillery ammunition, according to a report by the official US Congressional Research Service (CRS).

Later the US amended the rules for the stockpile, the report further noted, explaining that the Israeli regime could have direct access “in emergency situations,” and weapons could be transferred through significantly streamlined Foreign Military Sales channels.

“Officially, all this equipment belongs to the US military. If, however, there is a conflict, the IDF (Israeli military forces) can ask permission to use some of the equipment,” said an Israeli military officer quoted in a 2020 CRS document cited in the report.

That has happened at least twice, according to the Washington-based CRS: once during the Israeli regime’s massive military aggression against Lebanon in 2006 and again during the regime’s brutal military onslaught in 2014 against the Palestinian resistance movement, Hamas, in the besieged Gaza Strip. Israeli forces suffered huge losses in both instances, prompting it to work out ceasefire deals through intermediaries.

The US also simulated a stockpile weapons transfer for a bilateral war games with Israeli regime forces back in 2019, according to the report.

The report further cited a senior Israeli military source as emphasizing the advantages of increasing the stockpiles of US weaponry in occupied Palestine, stating, “First, since the weapons are owned by the US, they don’t affect Israel’s military budget until they’re needed. Second, while Israel does foot the bill for the systems’ maintenance, they’re stored in US-controlled areas” of Israeli military bases.

Munitions stockpiles, the report insist, remain an intense concern for Israeli military planners after the regime depleted most of its Iron Dome stockpile last year to ward off retaliatory rocket strikes from Gaza following another military aggression against the impoverished Palestinian enclave. The US Congress is set to approve $1 billion in American tax-payers’ money to finance Israeli efforts to replenish its supply of Iron Dome missile system despite the regime’s terrible record of human rights abuses against native Palestinians.

The news outlet also reported last October about Israeli plans to request from the US the purchase of its new 2.3-ton GBU-72 bunker buster bombs for what it claimed as potential operations against tunnel systems in Gaza as well as “fortified Iranian nuclear sites” – a claim widely viewed as merely a publicity stunt to boast its military might.

It also reported back in November 2021 that the US and the Israeli regime have stepped up joint “operations against Iran’s drone industry” in response to significant Iranian advancements in drone technology and development.

The US has served as the key sponsor of the Israeli regime’s atrocities and military aggressions against occupied Palestinian territories and its native population, neighboring Syria and Lebanon, as well as terrorist assassination operations against opponents across the globe and Iranian nuclear scientists.