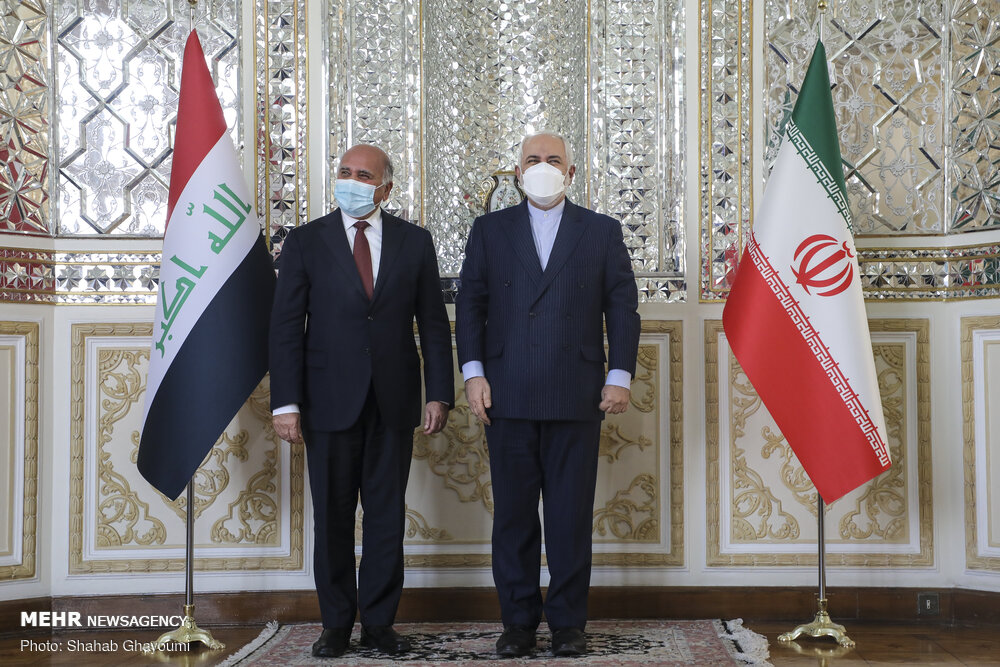 Iranian Foreign Minister Mohammad Javad Zarif sat down with his Iraqi counterpart Fuad Hussein in Tehran where they discussed the different dimensions of political and economic cooperation as well as border exchanges between the two countries.

In the meeting, Zarif condemned the United States’ dangerous move to attack Iraqi forces in border areas of Iraq and Syria, dismissing the raids as violation of the two country’s sovereignty.

He described as suspicious the recent attacks and events in Iraq, saying they could be aimed at disrupting Tehran-Baghdad relations as well as security and stability in Iraq.

“We insist that the Iraqi government identify those behind these incidents,” said the top Iranian diplomat.

Zarif touched upon the problems facing Iranian fuel takers at Tamarchin border area between Iran and Iraq, expressing hope that the travel restrictions facing the tankers will be resolved through the good offices of Iraqi officials.

He further said making arrangements to begin work to build and complete the Shalamcheh-Basra railway will contribute to the enhancement of trade ties between the two countries.

Zarif called on relevant authorities to expedite work to break ground for the railway project as soon as possible.

The Iraqi foreign minister, in turn, urged both sides to work together closely to further boost mutual relations, and said Baghdad stands ready to expand its relations with Iran.

He gave assurances that the Iraqi government will not allow the recent incidents in Iraq to affect the very good relations between the two sides.

In this meeting, the two sides also exchanged views on regional developments.