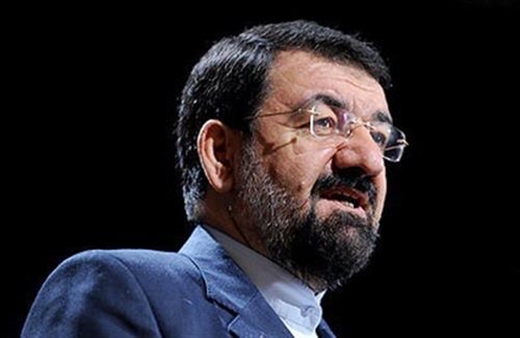 Mohsen Rezaei, the secretary of the Expediency Council, has said that Iran has mastered the nuclear knowhow and marched toward development thanks to the Supreme Leader’s prudence and guidelines.

The secretary of the Expediency Council says United States failure to lift sanctions against Iran and its measures to frustrate our efforts to boost our defense capabilities would amount to a declaration by Washington that it does not want to befriend the Iranian nation.

Mohsen Rezaei made the remarks in a ceremony – in Chaharmahal and Bakhtiari Province on Wednesday – to honor the memory of Rajaei and Bahonar, former Iranian president and prime minister who were killed in a bomb explosion [34 years ago], and added that the US government has a long record of animosity toward the Iranian nation over the past 70 years. The following is the translation of part of his remarks as reported by tabnak.ir on August 26:

Two groups fit into this category: those with extreme liberal views because they say Iran will not make progress and achieve prosperity as long as it fails to give in to the demands of the West, led by the US; and reactionaries who hold that economy is not what matters and should not be given priority in our lives. The fruit of these two lines of thinking is the stoppage of the progress of the Iranian nation. Those who say “Economy does not matter and worldly affairs should be abandoned” and those who say “Wait until the US comes” both cause the Iranian nation to lose time and cause the youth’s potential at national and local level to remain untapped.

According to Imam’s line of thinking, it is nothing but a mirage if we wait for the US. Do not waste the time of the Iranian nation. The liberals and Westernized people proudly tell the revolutionaries about the West’s headway, US support for its allies such as South Korea, Germany and Japan or they cite Sino-US cooperation as an example to claim that cooperation with the US is the only way for the Iranian nation to make progress.

Now that you have closed your eyes, how can we make you understand that the US does not want to help the Iranian nation? The US does not want to see the Iranian nation make progress. If it had sought to help Iran, it would not have staged a coup against the national government of Mossadegh who extended a hand of friendship to the US. As for your examples about South Korea, Japan and China, I should say that they tapped into self-belief and self-confidence before they embarked on their plans.

If the US accepted a nuclear Iran, it had to do so; it is not out of its well-wishing or friendship. In other words, the Iranian nation and the Supreme Leader left no options for the US other than: honorable withdrawal. Therefore, the US pulled back, but the Americans showed hostility and resorted to double-dealing as they were pulling back. Let’s say that they have opened the route, but it is full of landmines.

The restrictions they have imposed on [Iran’s] nuclear activities or the longtime [limits] they have set are dubious and tricky. They hope to see a regime change in Iran in ten years [the time P5+1 has set to restrict part of Iran’s nuclear activities], and they see the downfall of the Islamic Republic in their dreams.

Some may say that the US has acknowledged its mistakes and is trying to strike up friendship. [In response] we say that friendship has some signs. Is the US ready to display such signs? Is it ready to drop meddling in Iran’s internal affairs and stop efforts to influence and divert people’s slogans? Is it ready to lift sanctions once and for all and not prevent other countries from doing business with and making investment in Iran and not impose new sanctions?

Another sign is that the US should not hamper Iran’s efforts to expand its defensive capabilities, boost security and develop missiles. The US should also unfreeze Iran’s assets.

If the US is seeking to improve its position in the region, it should not bear hostility toward Iraq, Syria and Lebanon and not engage in confrontations in the region.

If Israel gets crazy and wants to attack Iran, we will smack it hard enough in the mouth to lose all its teeth. If this happens, will the US support Israel and stand up against Iran? If the US is honest, it should come forward and say that it seeks to break with the past. United States failure to lift sanctions against Iran and its measures to frustrate our efforts to boost our defense capabilities would amount to a declaration by Washington that it does not want to befriend the Iranian nation. […]

The return of people like me to the Islamic Revolution Guards Corps indicates that we are ready to fight to the bitter end and defend the revolution’s values.

Gone are the days of unilateral interaction with the West in Iran. I want to once again tell Westerners that they should abandon the dreams of ties [similar to] the Qajar and Pahlavi periods. The Iranian government and nation want to have equal ties based on respect.

The Iranian people are not ready to deviate from the path of Imam and the martyrs. They don’t want to stay silent because of you and keep mum over the injustice and aggression you and your friends pursue in the region. The Iranians are not willing to trade their national wealth with your consumer products. The Iranian nation does not want to stop its progress simply to win your consent. The nation does not let you interfere in its domestic affairs.

Some may say that the revolutionaries like you – thanks to your morale – cannot open a door in international relations and will be isolated in the world. If it had been the case, the world’s six big powers would not have sat at the negotiating table with Iran for 12 years and would not have given any concession to Iran. We believe we will open our way in international relations through power and logic and break the West’s monopoly in global trade.

Fifteen years ago prior to the imposition of sanctions, the Supreme Leader stressed the need for producing science and technology and developing modern sciences such as peaceful nuclear technology. This helped Iran acquire this knowhow and forced the West to negotiate with Iran. The Supreme Leader’s prudence earned Iran nuclear science and contributed to the country’s development. […]

If the noble endeavors of Iran’s courageous diplomats have produced a result, it is the result of the Leader’s guidelines during the previous governments encouraging development of nuclear science.