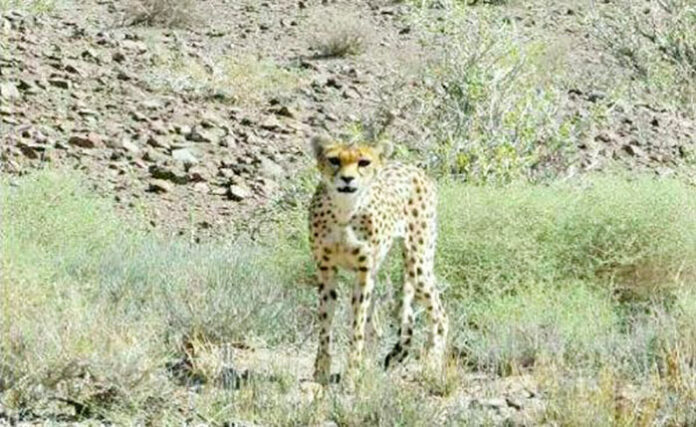 Environmental patrol officers in Shahroud’s Khartouran wildlife refuge have caught a rare glimpse of Asiatic Cheetah in a quite accidental encounter.

Yousef Yousefi and Hossein Fa’alpour, two on-duty officers of Khartouran National Park managed to capture the images of this beautiful feline creature under extinction when doing their regular patrolling work on Wednesday, June 29.

Imaging of the large cat is extremely rare and difficult due to the fact that the animal avoids humans and would not welcome social companies.

Asiatic Cheetah, also known as Iranian Cheetah, is on the brink of extinction and only 40-70 animals of the species live in restricted wildlife refuges in Iran.

Asiatic Cheetah is indigenous to desert setting of the Iranian plateau, but its odds to survive had been declining. Since the 1970s, Iran has been its major habitat, hence the name ‘Iranian Cheetah.’ 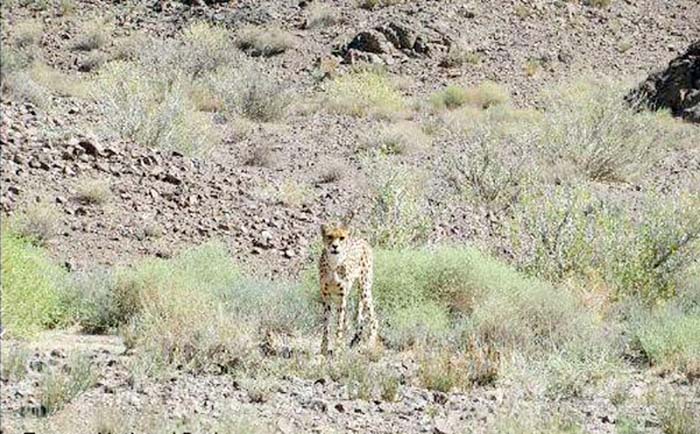 Khartouran or Touran National Park is located in the easternmost part of Semnan province in Shahroud. The sheer diversity of fauna has turned the park into the second most protected and largest habitat of the country after Naibandan in Tabas, also a desert city.

With an area of more than 1m hectares (2.3m acres), Khartouran is also one of 11 biosphere reserves of the country.