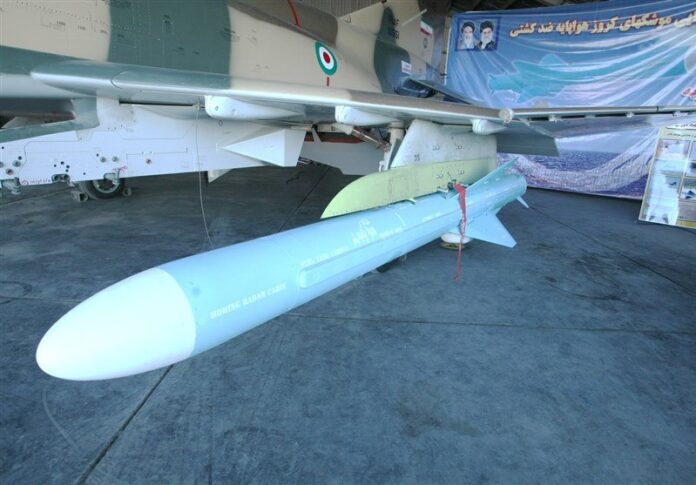 In an interview with Iran newspaper, the defence minister highlighted the country’s advances in the missile industry, saying the Iranian naval cruise missiles are capable of hitting the hostile targets at a distance of more than 1,000 kilometers.

He noted that Iran has developed a fully homegrown missile industry and has manufactured various solid and liquid-propellant missiles, although the range of the projectiles has been restricted to 2,000 kilometers considering the country’s needs and defence policies.

The Defence Ministry has focused efforts to increase the output and boost the quality of various missiles with high maneuverability to surprise the enemy’s air defence, he added.

Brigadier General Hatami also noted that more than 90 percent of the arms demands are supplied domestically with the help of 5,700 private companies, including 655 knowledge-based firms.

The minister then explained that the %10 dependence on the imports has no significant impact on Iran’s defence power, noting that termination of a UN arms embargo on Iran will allow the country to work with the other countries.

In August, General Hatami expressed Iran’s readiness to take any opportunity to work with friendly countries to supply its technological and arms demands and to sell its products.

A UN embargo against Iran on conventional arms is due to expire on October 18 under the terms of a resolution that blessed the Iran nuclear deal, signed in July 2015 and officially known as the Joint Comprehensive Plan of Action (JCPOA).