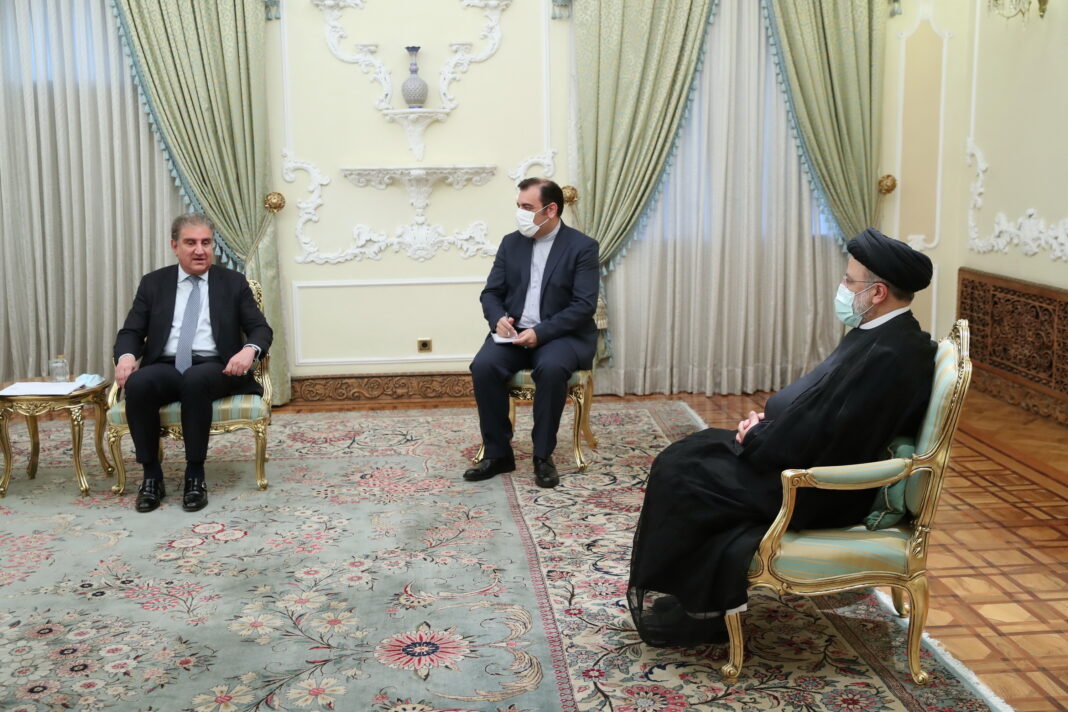 Iran’s president says the US withdrawal from Afghanistan is a turning point for all Afghan ethnic groups to establish peace and security in their country.

Ebrahim Raisi made the remarks in a Thursday meeting with visiting Pakistani Foreign Minister Shah Mahmood Qureishi in Teran.

He noted there’s no doubt that the US presence in Afghanistan and the wider region would not bring security and regional nations must join hands in helping Afghan factions create an inclusive government.

Raisi also rejected any paternalistic attitude toward Afghanistan. He said paternalism shows the US’s failed policy on Afghanistan and cannot establish peace in the country.

Raisi added that other countries must also limit their role to assisting in creating an inclusive government with the participation of all Afghan groups and ethnicities.

Raisi went on to say that Iran has hosted 4 million Afghan refugees so far and will continue supporting the Afghan people.

He also described Iran’s relations with Pakistan as “age-old” and “people-based”, saying Tehran is ready to boost economic ties with Islamabad.
The Iranian president added that strengthened relations will set the stage for the development of regional and international cooperation between Iran and Pakistan.

The Pakistani foreign minister also described ties with Iran as historical and deep, saying Pakistan seeks to further expand the relations in all areas including regional and economic ties.

Qureishi said Iran is a key player in the region and Pakistan believes it can work with Iran toward strengthening peace in the region, especially in Afghanistan.

He hailed Iran’s resistance against sanctions, saying the Iranian people safeguarded their honor against the sanctions.

Qureshi also invited Iran’s president for a visit to Pakistan.