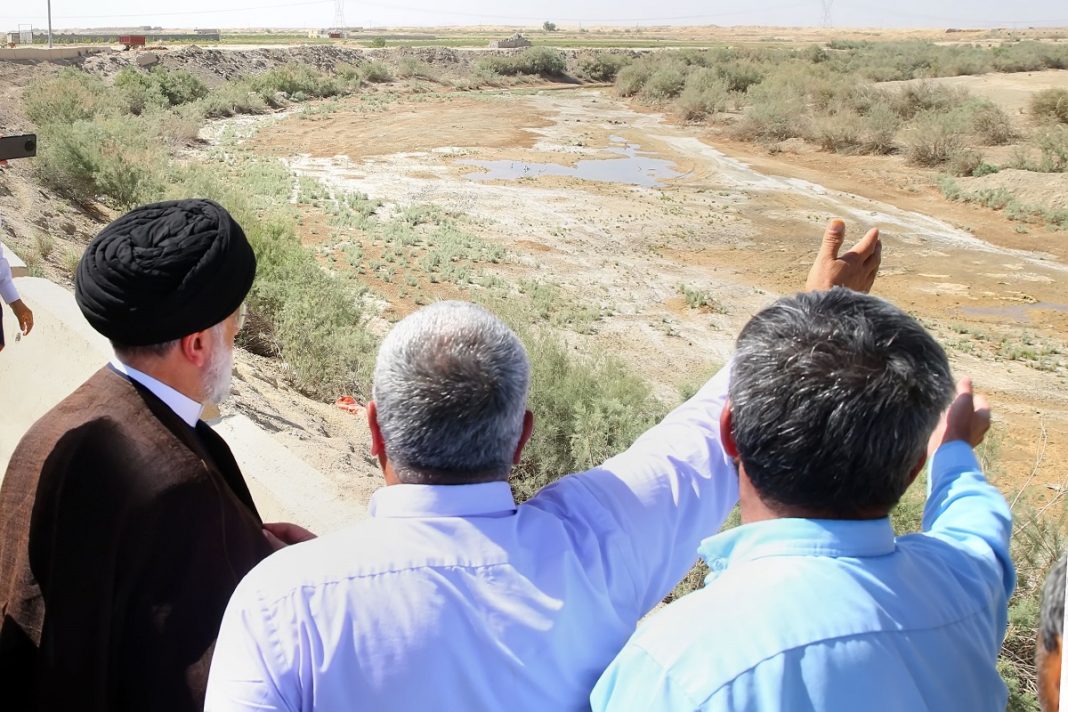 President Ebrahim Raisi paid an aerial visit to Zayandehrud, the largest river in Iran and its basin, the Gavkhuni wetland, a region that had been severely affected by water shortages mainly caused by drought.

The aerial tour was part of the president’s visit to the central province of Isfahan, where he met with people, including farmers, and local officials to hear and try to address the woes of the region, particularly water scarcity.

He said while some authorities have attempted to sideline the issue of water shortages in the country, his administration would get to the “core” of the problems and work to resolve them.

The president said the cabinet has placed a “comprehensive water plan” on agenda with the aim of ensuring a fair distribution of the country’s water resources and protecting the people’s relevant rights.

A semi-arid country, Iran — along with other states in the Middle East and North Africa — is grappling with a worsening shortage of water.

Rainfall levels have sharply plummeted in Iran over the past years, leaving many regions suffering from drought.

Late last year, Isfahan and some provinces in the country’s southern half were the scene of protests, largely joined by farmers, in criticism of what they described as the administration’s mismanagement of water resources.