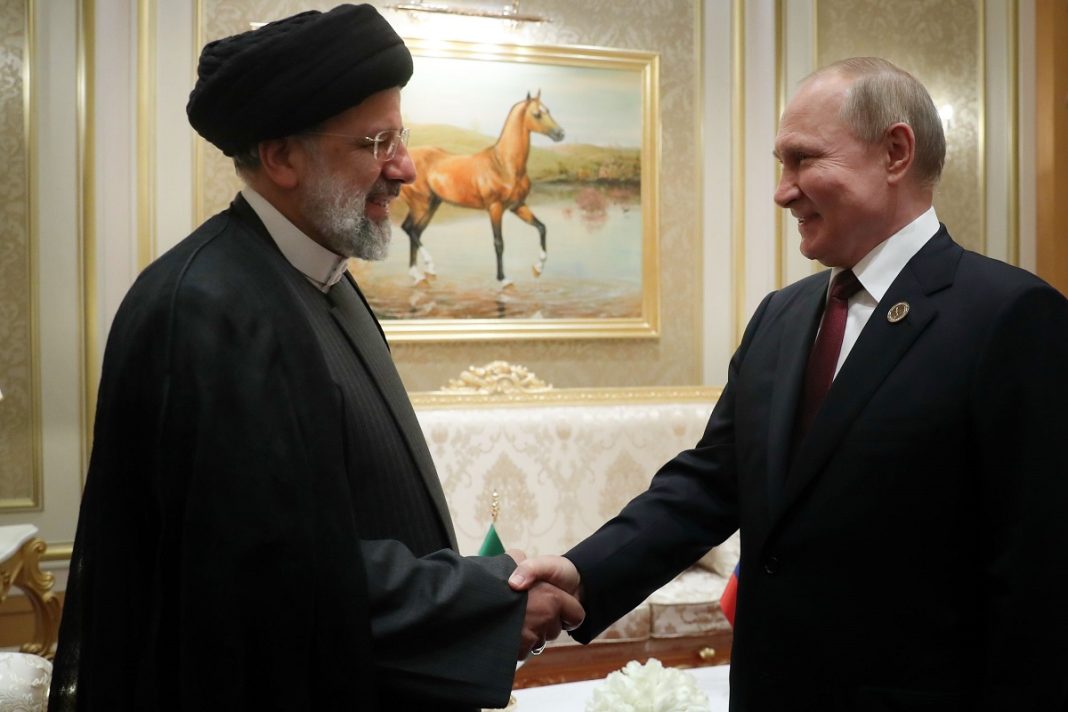 President Raisi made the comment in a meeting with Russian counterpart Vladimir Putin in the Turkmen capital Ashgabat on Wednesday, on the sidelines of the sixth summit of the Caspian Sea littoral states.

President Raeisi said, “Ties between the two countries in the field of trade and energy cooperation are going on at a high level, but considering the existing fields in the two countries, these relations still have great potential for expansion.”

The Iranian president added the Islamic Republic will pursue its ties with Russia within a strategic framework which is independent of the Western financial exchange system.

Meanwhile, the Russian president expressed satisfaction with the growing bonds between the two countries, saying trade and economic relations have increased in recent months.

The two sides welcomed plans to increase energy cooperation between Iran and Russia, including swaps, and stressed the need to bolster the North-South corridor, a network of sea and rail routes that links the Indian Ocean to the Caspian Sea via the Persian Gulf onwards into Russia and Northern Europe.

According to the Iranian ministry of industry, mining and trade, trade between Tehran and Moscow surged 80% percent last year and hit a record high of $4 billion.

Raisi was in the Turkmen capital to attend the sixth summit meeting of the Caspian Sea littoral states.

Iran, Russia, Azerbaijan Republic, Turkmenistan and Kazakhstan are the five littoral states of the Caspian Sea.