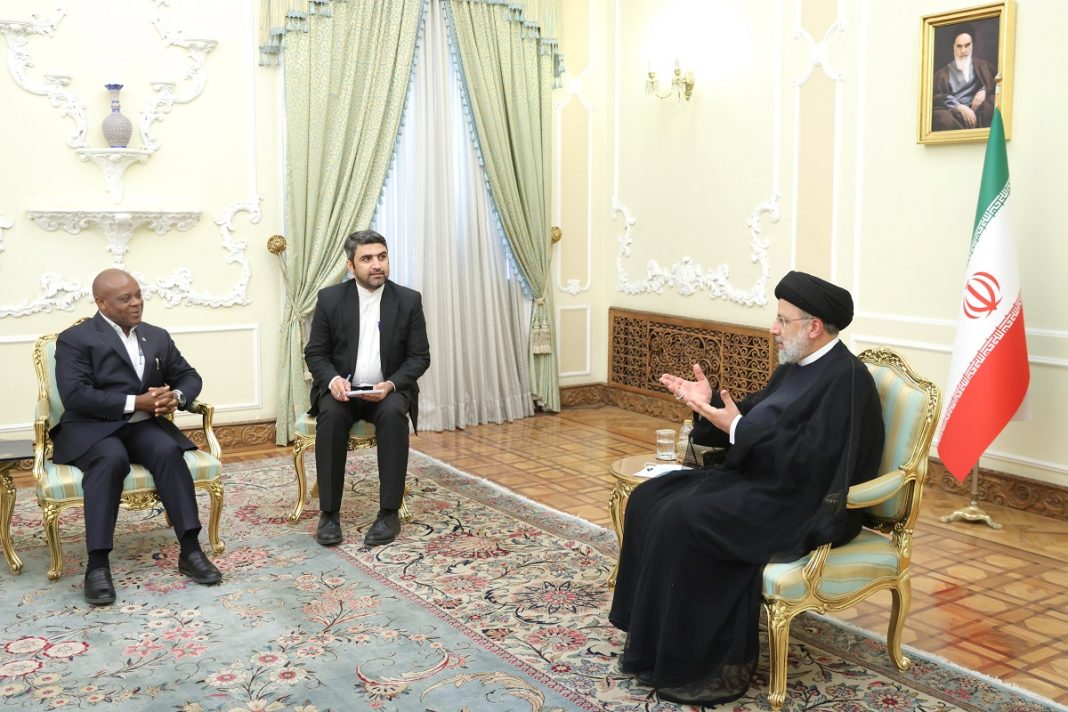 Iran’s President Ebrahim Raisi has said the country is ready to share its technological and knowledge-based achievements with members of the Organization for Economic Cooperation, D-8.

Raisi was speaking in a meeting with D-8 Secretary General Isiaka Abdulqadir Imam, who is visiting Tehran.

He then spoke about the knowledge-based achievements by Iranian youth at the country’s scientific and technological parks.

The president said it’s Iran’s policy to expand cooperation with the regional and international organizations as well as world countries.

Raisi added that D-8 members have a huge potential for increasing trade and transit of goods, noting that this potential has not been realized fully.

He said it’s necessary to increase trade exchanges between the organization’s members.

Raisi maintained that the US does not want independent countries to grow so that they remain dependent on the global arrogance.

D-8 Secretary General Isiaka Abdulqadir Imam for his part described Iran as an active member of the grouping.

He said two key bodies of D-8 are stationed in Iran’s capital Tehran and Hamedan, in western Iran.

Abdulqadir Imam added two priorities of D-8 during his tenure as secretary general of the group is to take account of population capacity for members and to increase trade between them.