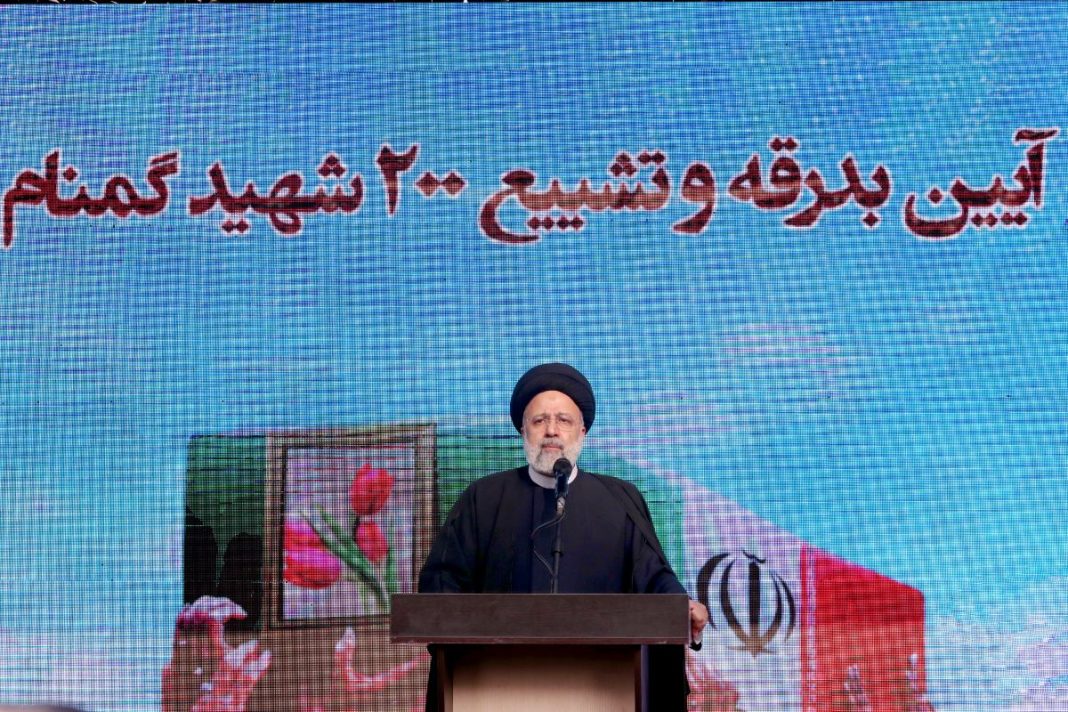 President Ebrahim Raisi says the US and its Western allies are trying, on the surface, to show Iran as “weak” and “on the verge of destruction” in their propaganda, but at the same time, they have been asking the Islamic Republic for negotiations in messages delivered through various channels.

President Raisi was speaking on Tuesday at a mass funeral procession for 200 unidentified martyrs whose remains were recently unearthed, around three decades after the end of the 1980s Iraqi war.

Commenting on the role of enemies in the recent wave of unrest and deadly riots in the country, Raisi said, “everyone was involved and the global hegemony entered the scene with all in its power.”

Hypocrites, monarchists and all other counter-revolutionary groups were present on the scene, while others exploited the cyberspace to spread rumors and create a hype aimed at killing the people’s hope and frustrating them, the president said.

Addressing the enemies, Raisi asked, “Why do you send us messages through various channels that ‘we are ready for talks and we are not seeking regime change’? We already know you.”

The enemies, the president said, try to deceive nations with dishonest slogans.

“They (the enemies) say ‘we want to make you free and independent.’ It is, however, crystal clear that they make nations miserable with deceptive slogans,” he added.