Radicalism won’t last in the world of Islam: Expert 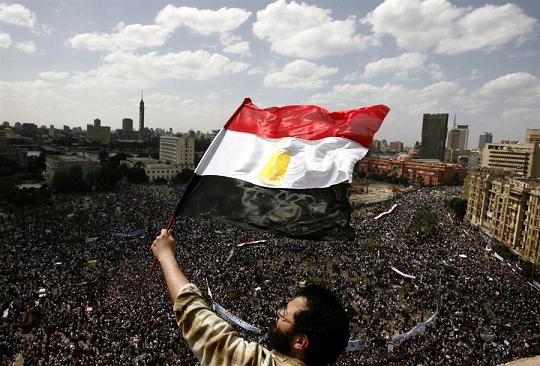 When the shelf life of radicalism expires, it will lose steam, says Mohammad Bagher Khorramshad, a political science professor.

Four years after the dawn of the Arab Spring, there are many theories and analyses as to what triggered the uprisings that have since swept the Arab world.

Some blame the emergence of extremism and fanatical groups like IS on the popular uprisings; others believe the fact that regional revolutions have been hijacked shows the Arab Spring was the brainchild of Westerners. 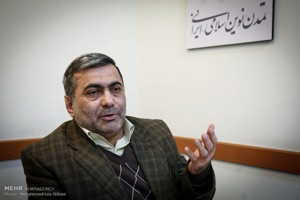 Mohammad Bagher Khorramshad, a former director of the Islamic Culture and Relations Organization who is a now a political science professor at Allameh Tabatabai University, has shared his take on the Arab Spring with Mehr News Agency. The following is a partial translation of his comments:

The developments in Arab countries which started in Tunisia and continued in Egypt were typical of neither classical nor color revolutions. They stood somewhere in between.

It has been almost two decades since it was acknowledged by circles specializing in the Middle East and the Arab World that Arab countries are in a political deadlock, and aside from calls for democracy, there is another [popular] demand: political Islam.

Over the past 20 years, another fact has been established: the first step toward democracy is the holding of free and fair elections, and in any Arab country where this first step is taken, demand for political Islam has emerged from the ballot box.

With regard to developments in the Arab world, there were two major camps in the world: The West led by the US who deemed themselves as the flag bearers of democracy, and those who were known as the torchbearers of political Islam with the Islamic Republic of Iran and its revolution being in the lead. Either side tried to pick a name for the developments based on what they represented.

As a result, the movement ended up having two names. Westerners called it the Arab Spring, whereas the Islamic Republic of Iran dubbed it Islamic Awakening.

In Tunisia the Ennahda Movement emerged as a perfect image of political Islam; in Egypt, the Muslim Brotherhood surfaced and in Libya Islamist groups representing a wide spectrum took the lead.

In such conditions, the views of major powers, particularly America, and their regional allies were far from convergent.

Regional allies, especially Saudi Arabia, which viewed themselves as protectors of traditional Arab monarchies, did not see eye to eye with the US about the alternative. The Americans believed that democracy could pacify the disgruntled masses and offer a way out of the gridlock.

One can argue that over the past few years, the Americans entered into talks with the unmistakable manifestation of political Islam in Arab countries: the Muslim Brotherhood.

The Americans agreed that the Muslim Brotherhood be part of the future of the region. That was meant to leave the state of emergency behind and introduce democracy through elections. They also agreed to see the Brotherhood rise to power after making a compromise with Washington.

Cynics would argue that the Muslim Brotherhood was bought off by the Americans; optimists would say the Muslim Brothers tricked the Americans. A third theory is that the two sides met halfway. In other words, they both got on board a train in hopes of being able to push the other off the speeding train somewhere down the road and assume power.

So in Arab revolutions political Islam and democracy arguably emerged victorious and the Brotherhood won the vote.

Interestingly, those who sought to maintain traditional Arab policies in the region, spearheaded by Saudi Arabia, offered safe haven to Zine El Abidine Ben Ali and Hosni Mubarak the day after their ouster in Tunisia and Egypt.

Consequently, in opposition to the ideology floated by the Muslim Brotherhood, the political Islam boosted an orthodox and radical current of the Salafist movement within itself and contrary to expectations, democracy was marginalized. In other words, political Islam failed to yield democracy. Building on pressure and exertion of influence, outside factors, especially in Egypt and Tunisia, pushed the revolutions to make a U-turn.

Although a similar incident took place in Yemen in case of Ali Abdullah Saleh, the smoldering fire of the revolution kept burning beneath the glowing ashes. Today the Houthis are forging ahead with an all-out revolution.

As for Libya, there has been no turning back to the past, yet this country has turned into a stage where regional, Arab and international powers flex their muscle.

In Bahrain, what is unfolding involves lots of ups and downs and is different from what is happening in other places. Another thing about Bahrain is that Western countries are heavily present in this country to help the current political system put its house in order. That’s why the British and the Americans have set up bases there.

There is no denying that on the political landscape, Arab traditions, which in some of those countries are based on tribal principles, have had their impact along with other parameters and modern factors such as democracy. It can even be said that they have somewhat offset democracy and political Islam.

The dominance of radicalism within political Islam cannot be sustainable. After eight decades, the Muslim Brotherhood reached a point where it was unable to preserve its legacy. Within the ranks of Brothers, it was assumed that there would be a more modern model. However, the opposite took place and took them off guard.

Probably, Salafist dominance rendered it feeble on the inside and thus it tried to rekindle what was practiced in a caliphate which dated back to the time Islam had been just introduced. Maybe, it can be said that this was the product of heavy investment made, especially by Saudi Arabia, over three decades.

If it’s inferred as a defeat for Islamists, particularly the Brotherhood, it will result in revisionism and a breath of fresh air into it. If it amounts to failure of democracy, the demand for public contribution to politics cannot be averted. Definitely, it’s an experience which will have an impact on the future of politics in these countries.

If the West had not pretentiously insisted on backing despotic political systems at any cost for years and had not deeply humiliated the world of Islam, especially over the question of Palestine, a humiliation experienced by billions of Muslims, the world of Islam would not have been dealing with radicalism.

Such humiliation and others gave a chance to potential radicals inside the world of Islam to go down the path of extremism. What is worth noting is that not only the West did nothing to take on this phenomenon, but it tried to make the Muslims bear the brunt of its eruption.

The Islam which could have contributed to coexistence and development in Islamic communities presented itself in the form of a violent, radical phenomenon.

The West tried to build on radical militants to cause the world of Islam to implode. In other cases, however, the West had always tried to tip the balance in the favor of its own dominance.

In this special case, it has offered authority to armed groups and as a result, the Syrian army which was closest to the Israeli army has been destroyed. So has the Iraqi army. The Egyptian army is teetering on the brink. In fact, all the armies that could have once lined up against the Israeli army have been destroyed by civil war; the war within which was overwhelmingly backed by the Americans and Westerners through a number of measures among them shipment of arms and conferences in Paris and other places.

In short, they paved the way for radicalism which finally reared its ugly head. However, radicalism cannot be described as an original part in the structure of the Islamic world. When its shelf life comes to an end, it will lose steam. It could carry years of frustration with itself, or it might be capable of reconstructing, because the genuine Islam lies dormant in it which is of course a different subject for discussion.

Undoubtedly, it can be said that the West tried to manage a phenomenon which was already underway but was not necessarily initiated by it, in a way that would serve its own interests. In doing so, it was rather successful in some countries.

That elections were put on hold in some countries to allow pro-Western groups to regroup is a clear indication that the West took such measures.

Vilification of Islamists was another measure taken by the West to sway the public opinion against Islamists in the elections.

In our world, a small-scale operation by a dozen Palestinian or Lebanese fighters against Israel is condemned by the Security Council, but nothing is done in condemnation of IS which has 30,000 forces from 70 different countries.

All factors at play confirm the assumption that everyone was poised for explosion in the region, and when those developments unfolded, the West took the upper hand and acted in two stages.

At the first stage, they brought things under control in dealing with the Brotherhood and then capitalized on its strategic mistake and its inexperience in the face of plots. During the second stage, it was the Muslim Brothers who were checkmated.

With every day passing, the atmosphere prevailing Islamic countries assumes more complexity and the chasm between Islamic nations and the West widens.

If Muslim intellectuals reach this conclusion, they will find out that the blow that Muslims have suffered at the hands of the West over the last two centuries was a heavy one. The world of Islam will suffer from this blow for years and will never forget the role that the West played in inflicting it.