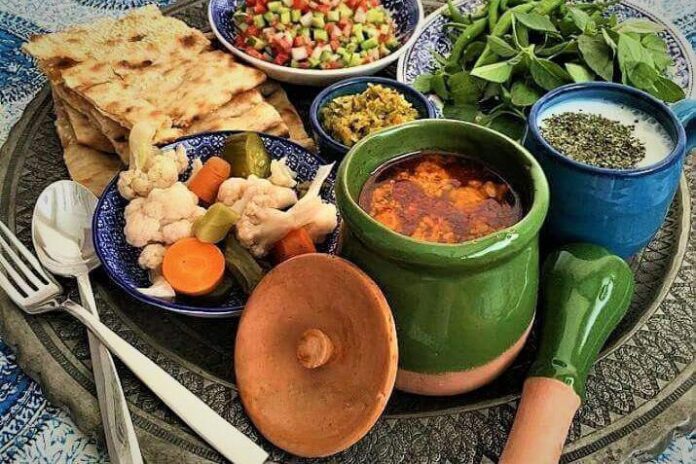 The quince and walnut broth is a local Iranian food cooked in central Markazi province and highly recommended for autumn.

The broth has a high calorie, contains a decent amount of Omega 3 and has enough fibre and vitamins for the body.

The broth also known as Shoorba or Piti is one of the traditional Iranian foods. As it takes a rather long time to cook, the broth is specifically cooked in urban or rural areas and is a heritage of Iranians’ descendants.

In the past, broths would be cooked in a dish called Dizi. The Dizi makes it possible for the broth to be cooked through gradually over a long period of time, and, hence, the food will take on a good taste and flavor.

There are different types of broth. Different kinds of broths are cooked differently in different cities. The quince and walnut broth is one of the traditional broths of Marzaki province.

Turmeric: as much as needed

Tomato paste: as much as needed 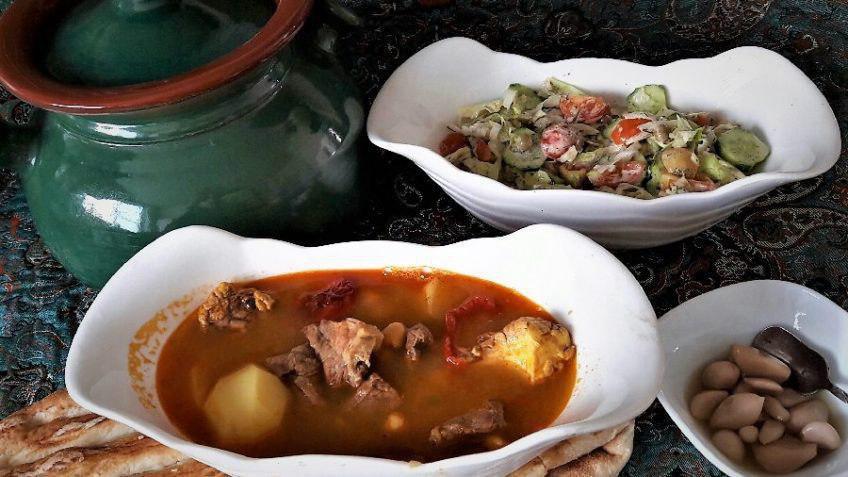 Put the beef attached to bone on the flame along with chopped onions, white beans and some water. Allow it to be cooked through. After two hours, add turmeric, pepper and tomato paste. At the end, add the quince with shredded skin. Finally, add salt after the beef is cooked and becomes soft. Put the casserole on low heat until the ingredients are mixed well and cooked through. It takes between 3 to 4 hours. Note that the broth made with fruit tastes differently from other foods. It tastes sweet-sour. Still, you may add other ingredients to change the taste of the broth to your liking.