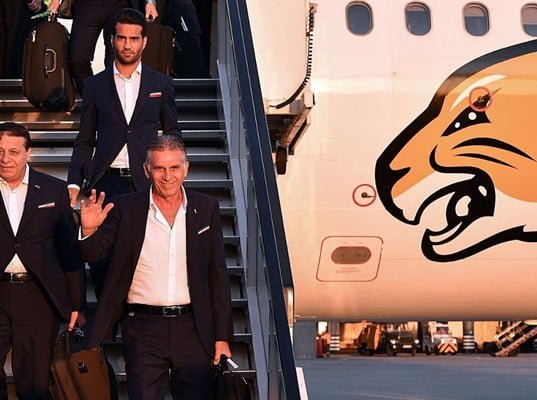 The manager of Iran’s National Football Team says his team has fewer problems than the other teams which have failed to advance to World Cup competitions.

Carlos Queiroz made the comment at the Iranian team’s training camp in Russia before they began their exercises.

Queiroz said the football clubs whose camps he chooses for the Iranian football squad’s World Cup training are the ones that have already become the champions of their country’s league contests.

“In 2014, I chose [Brazil’s] Corinthians Club, which had become Brazil’s champions,” he said.

This year, he added, Iran’s National Team are training at the camp of Russia’s football club Lokomotiv Moscow, which managed to win the championship at Russia’s Premier League contests.

Queiroz said he was pleased to see the Iranian squad are training at the camp of Russia’s champions.

“There will be no better place for us than this. I hope we won’t have any problems,” he noted.