Qatar Forces on Highest State of Alert for Fear of War 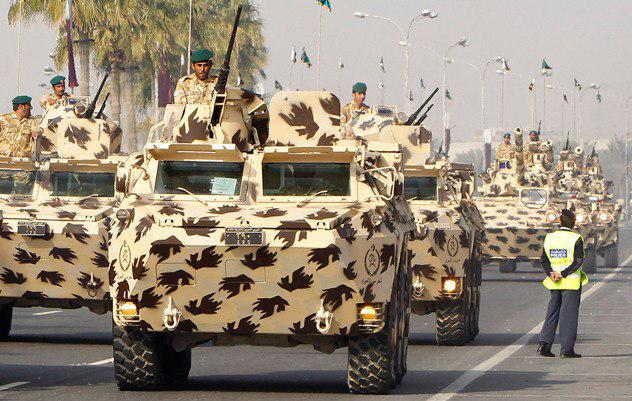 Qatar has brought up to 16 tanks out of storage in Doha and put its military forces on highest state of alert in preparation for a potential military incursion by surrounding Persian Gulf states, which have severed their ties with Qatar.

Saudi Arabia recently issued an ultimatum to Qatar, listing ten demands including severance of all ties with Iran, the Muslim Brotherhood and Hamas. Saudis reportedly asked Doha to fulfil all those demands if it wants normal ties with Riyadh and its allies.

The ultimatum has prompted a dramatic response by the small Persian Gulf nation, and according to a just released report by Arabic CNN (which was confirmed locally) US officials have said they have observed increased Qatari military activity as the country placed its forces “on the highest state of alert” over fears of an imminent military incursion, according to Zero Hedge.

The sources add that the Qatari military has brought up 16 Leopard tanks out of storage in Doha in preparation for a potential military incursion by surrounding Gulf states. Furthermore, the Qatari Ministry of Defence reportedly also sent a letter to Saudi, UAE and Bahraini governments, saying they would fire on any naval ships from those countries that enter into its waters, a US official said. US officials have said the situation in Qatar has not affected US military operations and security in Qatar.

Separately, the Wall Street Journal validated yesterday’s reports about a Saudi ultimatum, reporting late on Wednesday that leading Arab states are drawing up a list of demands that Qatar must meet to return to normal diplomatic and economic relations, including steps to significantly scale back the Al Jazeera media network. Oddly enough, there was no mention of “Russian hackers.”

Earlier, Saudi Foreign Minister Adel al-Jubeir did not rule out the possibility of a military conflict with Qatar. When asked on Tuesday whether there could be military measures should Doha not change course, Jubeir said: “I hope not.”

Saudi Arabia, the United Arab Emirates, Egypt and their allies are also seeking guarantees that Qatar’s government will stop its alleged financing of Middle East extremist groups and sever relations with the political leadership of the Muslim Brotherhood, a global Islamist movement, according to these officials.