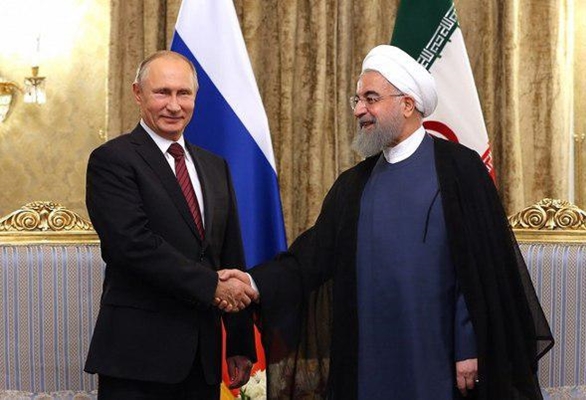 Russian President Vladimir Putin’s recent comment that Moscow is not a fire brigade to rescue everything in the world sends the message that Iran should not pin its hope anymore on Russia anymore, a former Iranian official says.

In an interview with Entekhab news website, former Iranian foreign ministry official Qassem Mohebali said Putin has explicitly said that if Iran quits the JCPOA, the finger of blame will be directed at Iran instead of the US.

“Russia has shown that as in the case of Syria, it will seek its own interests regardless of its agreements and commitments,” he said.

According to the former diplomat, Putin’s message is ambiguous. “This is because his full message has not been released yet. Anyhow, I think the message was mainly directed at the European Union not to wait for Russia to step into the fray and salvage anything. He means that this is the Europeans themselves who should do something and the US should be held accountable for withdrawing from the nuclear deal.”

“The message may also be directed at Iran, saying that the country should not wait for Russia and it’s not in Iran’s interest to pull out of the JCPOA,” he added.

“Like its previous votes in the UN, Russia may once again vote in favour of Iran’s sanctions if the Islamic Republic decides to quit the JCPOA,” he said.

The former diplomat underlined that Putin’s message could be interpreted from various viewpoints. “It goes without saying that Russia has its own strategies. When talks over the JCPOA were on their final stage, Russia seemed not much interested in finalizing them. And today, its seems they are not either interested in the prolongation of the current condition when it comes to the JCPOA.”

According to Mohebali, Russia benefits from the continuation of the sanctions on Iran and is not interested in the resolution or deterioration of the crisis.

In response to a question on how far Russia may stand behind Iran, he said it depends on the country’s national interests as well as the political and economic exchanges it has with others.

“It seems Russia has more significant strategies including ties with the EU and the US. The ties are more important for Russia compared to its ties with Iran. So, expecting Russia to pay a price for its ties with Iran sounds illogical,” he said.

Mohebali then highlighted Russia’s unexpected policy shift in Syria when the US decided to wage a war on the Arab country, and also its passive stance towards Israel’s airstrikes on Iranian targets in Syria.

“And now, the same scenario may unfold when it comes to the JCPOA. I mean, if the crisis deteriorates, the Russians will stick to their national interest, neglecting their allies,” he concluded.