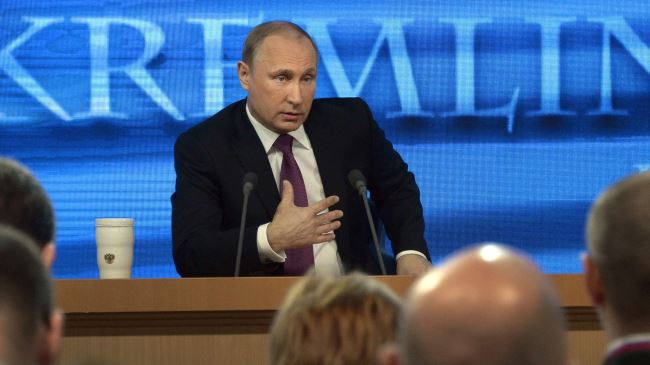 During a Thursday news conference, Putin expressed hope that Tehran and the six states – Russia, China, Britain, France, the US and Germany – will manage to resolve their differences and ink a historic nuclear agreement “in the near future.”

The Russian leader also praised the Islamic Republic for showing the necessary flexibility in the course of the nuclear discussions, adding that Iran and its negotiating sides are “very close to the settlement of” the 12-year dispute over Iran’s nuclear issue.

A permanent accord on Iran’s civilian nuclear work would benefit economic relations between Tehran and Moscow, added the Russian head of state.

Putin’s comments came a day after nuclear negotiators from Iran and the P5+1 group wrapped up their latest round of talks on Tehran’s nuclear energy program in the Swiss city of Geneva.

However, the two sides agreed to extend their discussions for seven more months until July 1, 2015. They also agreed that the interim deal they had signed in Geneva last November remain in place during the negotiations.

Elsewhere in his remarks, Putin pointed to the drop in oil prices in recent months, saying Saudi Arabia and the United States might have conspired to lower the prices in an attempt to harm the Iranian and Russian economies.

Oil prices have been falling throughout 2014, almost halving since June as a result of declining demand and increased supply.

The five-year low prices further slumped following the refusal of some major oil producers, including Saudi Arabia, to cut their crude output.

Iranian President Hassan Rouhani has warned that the current drop in global crude prices is not simply an economic issue, but rather a political plot by some countries.