Putin Renews Vow to Give Iran $2.5bn of Loans 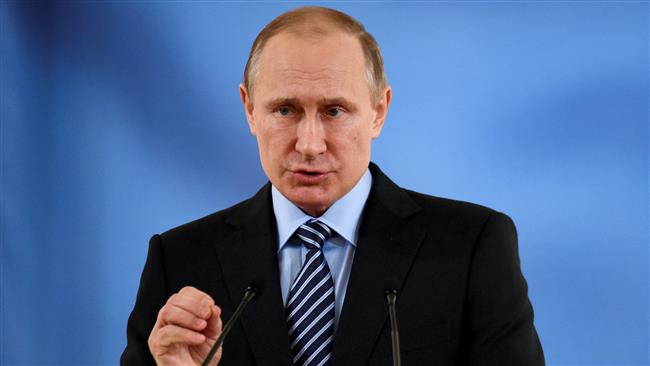 Russia says it is still committed to a pledge it has already made to grant two loans worth $2.5 billion to Iran.

“Russia intends to grant two state loans to Iran to the amount of €2.2 billion [$2.5 billion] to finance the construction of a thermal power plant near the city of Bandar Abbas on the Persian Gulf coast and the electrification of the Garmsar–Ince Burun railway section in the north-east of the country,” Putin has been quoted as telling AZERTAC news agency in a report that was also covered by Sputnik news agency.

The Russian president, who will meet his Iranian counterpart Hassan Rouhani in Baku on 8 August, emphasized that the loans will be granted as large-scale joint projects in the oil and gas sphere.

He also added that several other plans are being devised to develop cooperation between the two countries over aerospace and electric power industries.

Kremlin has announced that Putin will meet Rouhani – as well as Azeri President Ilham Aliyev – to discuss regional issues as well as cooperation between the three countries over energy and transportation.

Iran’s Energy Minister Hamid Chitchian in February announced the signing of a contract with Russia for the construction of a thermal power plant with the capacity of 1,400 megawatts in the southern Iranian port city of Bandar Abbas in Hormozgan province.

The project will be the first of a package of four thermal plant projects that Russia is expected to develop in Hormozgan.  The two countries had previously been discussing the development of two more power plants in Tabriz, in northwestern Iran, and two others in Tabas, northeastern Iran. The costs for construction of the projects are estimated to stand at above $10 billion.

Iran and Russia had also last November signed another agreement worth €1.2 billion to electrify a train line, linking north-central Iran to the northeastern border with Turkmenistan.

The agreement – that was signed between Russian Railways and the Islamic Republic of Iran Railways (RAI) – envisaged the construction of power stations and overhead power lines along the Garmsar-Sari-Gorgan-Ince Burun route in Iran.