Public can tell well-intentioned critiques from factional ones: Deputy min. 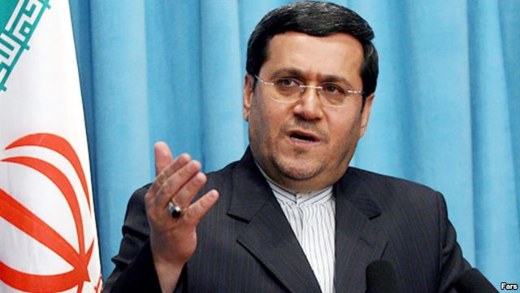 We have accepted to live in a country where criticism is allowed, that’s why we are not concerned about well-meaning critiques, Hassan Ghashghavi said.

Deputy Foreign Minister for Consular and Parliamentary Affairs Hassan Ghashghavi has described as positive the general reaction of parliament to nuclear talks between Iran and P5+1, saying, “Some critiques are tinged with political and factional interests, but public opinion can clearly distinguish a well-intentioned critique from a factional one.”

Ghashghavi was quoted by the Islamic Republic News Agency on April 6 as saying, “We have accepted to live in a country where different voices can be heard and criticism is allowed, that’s why we are not concerned about well-meaning critiques at all.”

As for what happened in parliament’s National Security and Foreign Policy Committee on Sunday, he said, “What disappointed the foreign minister in the session was not the critical comment of a leading MP about the nuclear talks; rather, it was the unsubstantiated reference to a comment by the Supreme Leader.”

The deputy minister went on to say, “At the session, Javad Karimi Ghodoosi attributed some comments to the Supreme Leader in a private meeting with the foreign minister present.”

Ghashghavi added, “In reaction to the insistence by the MP, Zarif said that he would not allow such unsubstantiated quotes which are [reportedly] attributed to the Supreme Leader to be capitalized on at the expense of the respected position of the leader.”