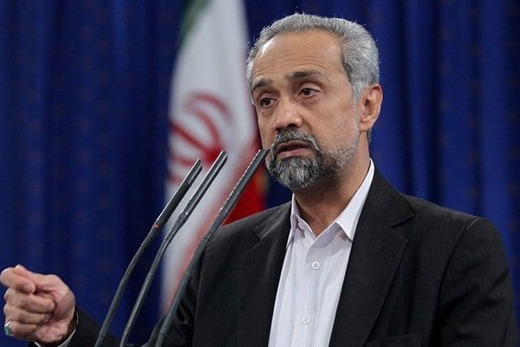 President Rouhani’s Chief of Staff has praised the Iranian nation for their exemplary resistance over the past 13 years and the Supreme Leader for his declaration of a policy of heroic flexibility.

The Chief of Staff of President’s Office has said that recognition of Iran’s enrichment right and economic development opportunities [the result of the talks will provide the country with] are what Iran achieved in the Lausanne nuclear negations.

Mohammad Nahavandian said in his address to the worshipers in Tehran Friday prayers that the Supreme Leader’s nuclear decree played a pivotal role in resolving the lingering dispute.

“There was a time when the leaders of countries spoke about the existence of all options on the table, but today everyone speaks respectfully about the Leader’s decree which bans production of nuclear weapons,” he said.

He added that the same decree is the most important document on which they [Western nations] rely to make sure the Iranian nation abides by ethical values.

Nahavandian went on to say that the most important result of the last round of eight-day marathon nuclear talks in Lausanne for Iran was preserving the A-to-Z of the country’s nuclear cycle, adding that Iran is expected to seize the golden opportunities after the unjust economic sanctions against Iran are lifted.

He further said that the ill-wishers can no longer utter the antagonist remarks they used to say over the past 13 years.

From now on, no one in the world will have the right to tell the talented Iranian nuclear scientists to halt their scientific activities, Nahavandian said, adding that they cannot find faults with Iran’s producing nuclear fuel for its various reactors.

The Chief of Staff of the President’s Office then praised the Iranian nation for their exemplary resistance in the course of the past 13 years and Leader of the Islamic Revolution Ayatollah Seyyed Ali Khamenei for his timely declaration of a policy of heroic flexibility.

Such a policy played a pivotal role in coming to terms with the stubborn Western states over Iran’s peaceful nuclear program, he added.