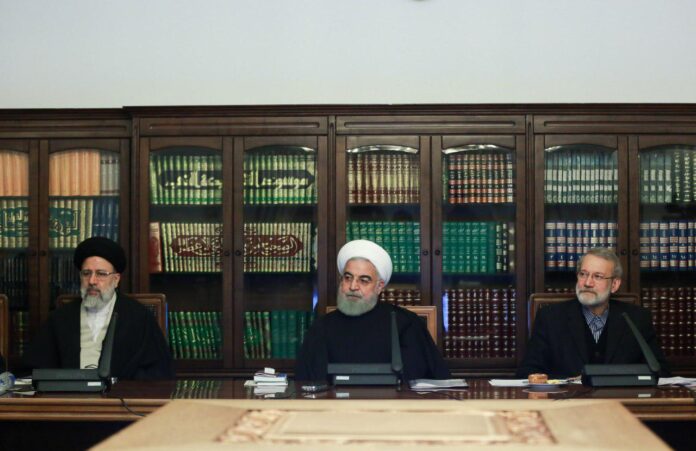 The recent decision to triple the fuel prices, which has caused sporadic protests across the country, was discussed on Saturday in a meeting of the Supreme Council of Economic Coordination.

During the session, which was attended by heads of the judicial, legislative and executive branches of the Iranian government, Minister of Interior Abdolreza Rahmani Fazli presented a report on the fuel consumption management plan as well as the economic aid due to be paid to lower-income classes.

The Iranian president, the parliament speaker, and the judiciary chief in turn appreciated the work and services of Rahmani Fazli.

The Council also agreed that all governmental bodies will fully cooperate in implementing the fuel consumption management plan and helping lower-income classes.

Promoting social justice, empowering 60 million Iranians with a focus on lower-income households, combatting fuel trafficking, consumption management and strengthening the economy are among the goals of the programme.

The Deputy Judiciary Chief and the Prosecutor General emphasised at the meeting that the Judiciary will fully cooperate in implementing the programme, according to the president’s official website.

Ali Larijani, the Speaker of the Parliament, called for the participation of all bodies in the successful implementation of the programme, which is based on the Sixth Development Plan Act and the directive of the heads of the trio branches of the Iranian government.

At the meeting of the Supreme Council of Economic Coordination, it was also emphasised that with regard to the provision of resources, the aids would be paid regularly every month, and the payments would start next week.

The meeting came as sporadic protests have erupted in various Iranian cities one day after gasoline prices were tripled without any earlier announcement.